A phone call on sunday morning from a friend who flies in Bresso, Milan’s general aviation airport, located on the northern outskirts of the city.
“I heard some rumors that the Caproncino will fly in Bresso this afternoon… do you want to come here?”

And so here I am, face to face with a 1933-built Caproni Ca.100 biplane (nicknamed “Caproncino”, “lil’ Caproni” by its pilots), the oldest airworthy aircraft in Italy! 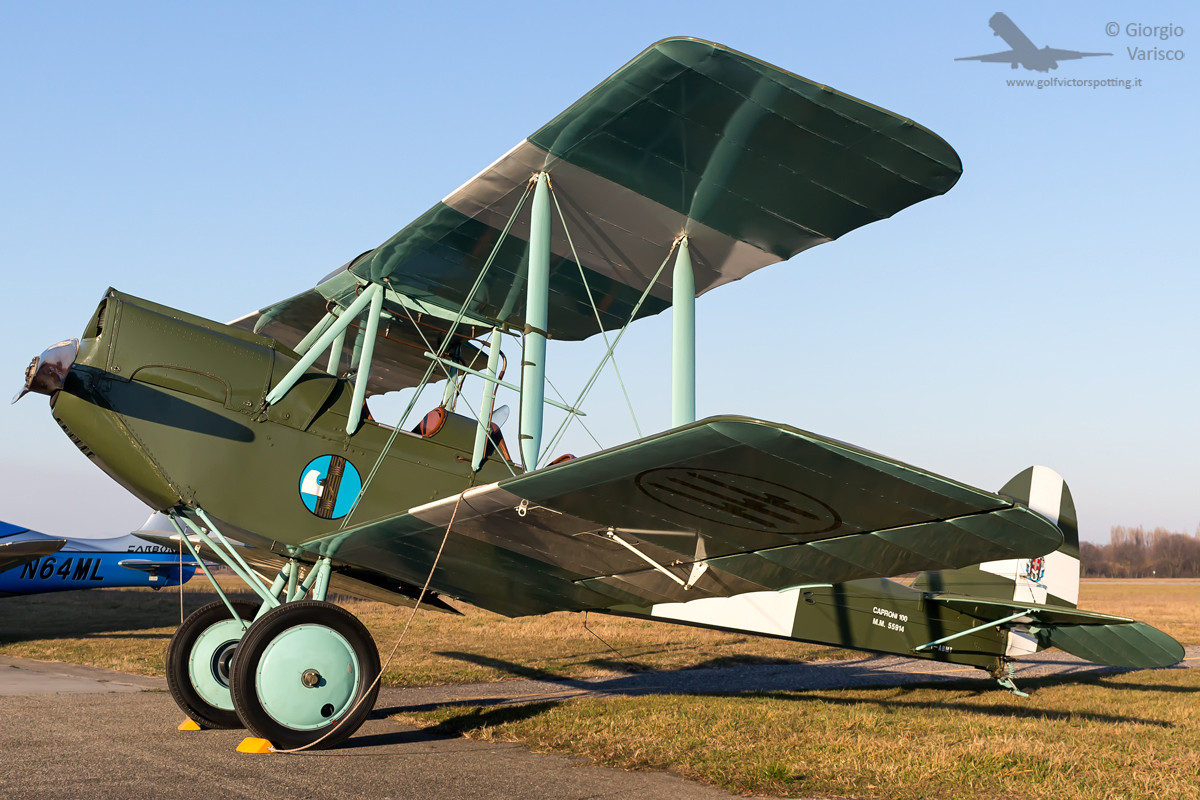 The Caproncino is a basic trainer developed in the late Twenties, and it is based on the De Havilland DH.60 Moth (which was also license-built by Caproni). 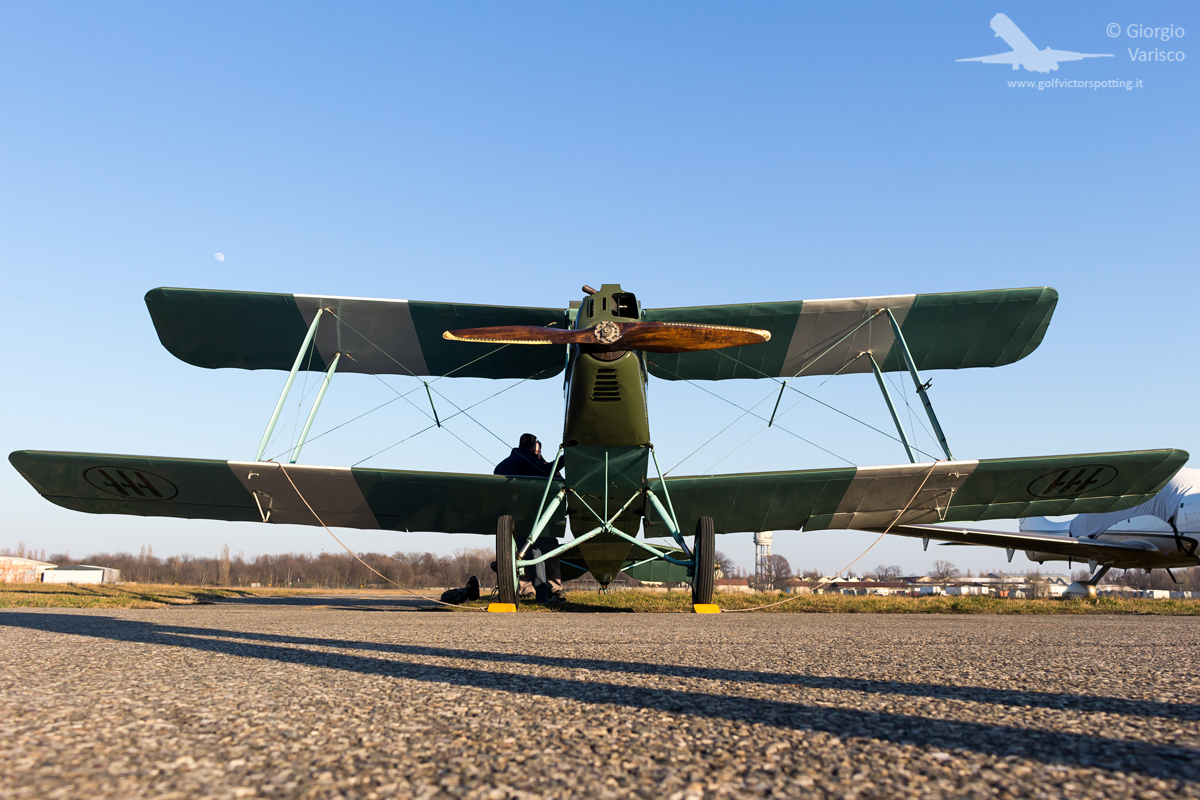 Notable feature of this plane is the inverted sesquiplane wing. 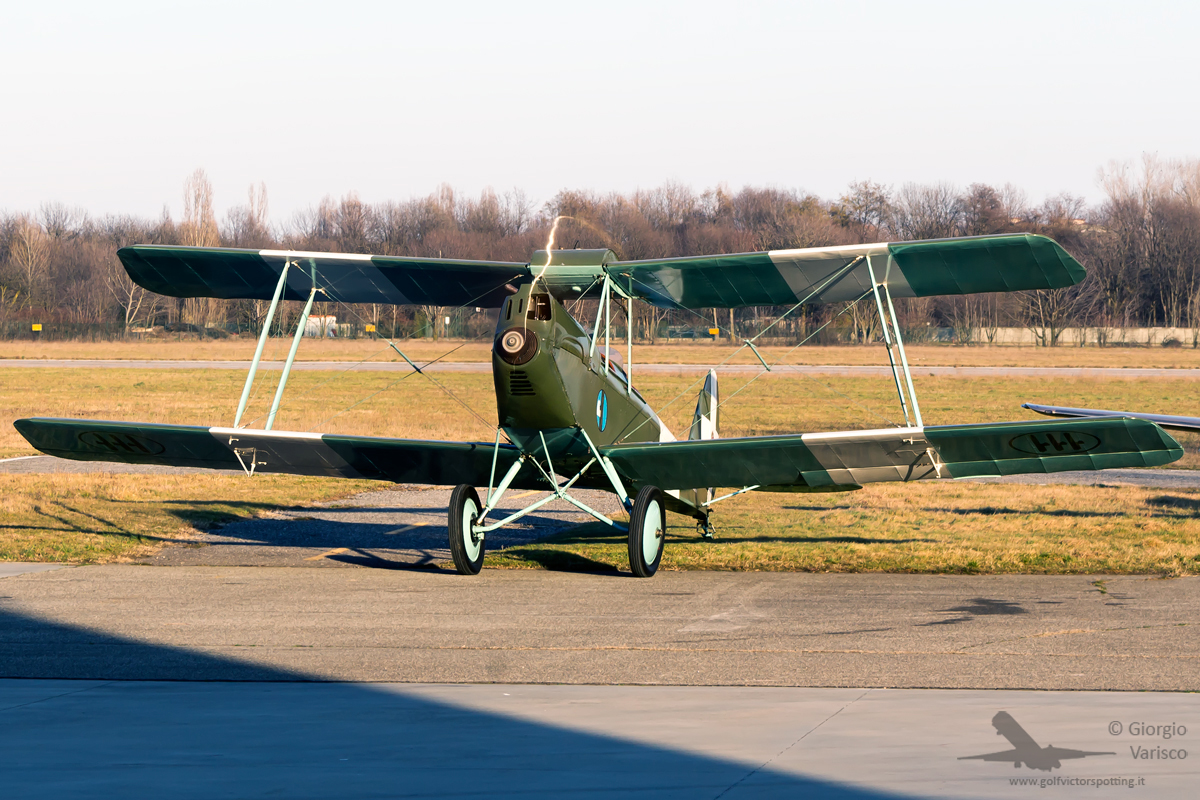 It performed a short flight near the airport with the nice late winter afternoon light! 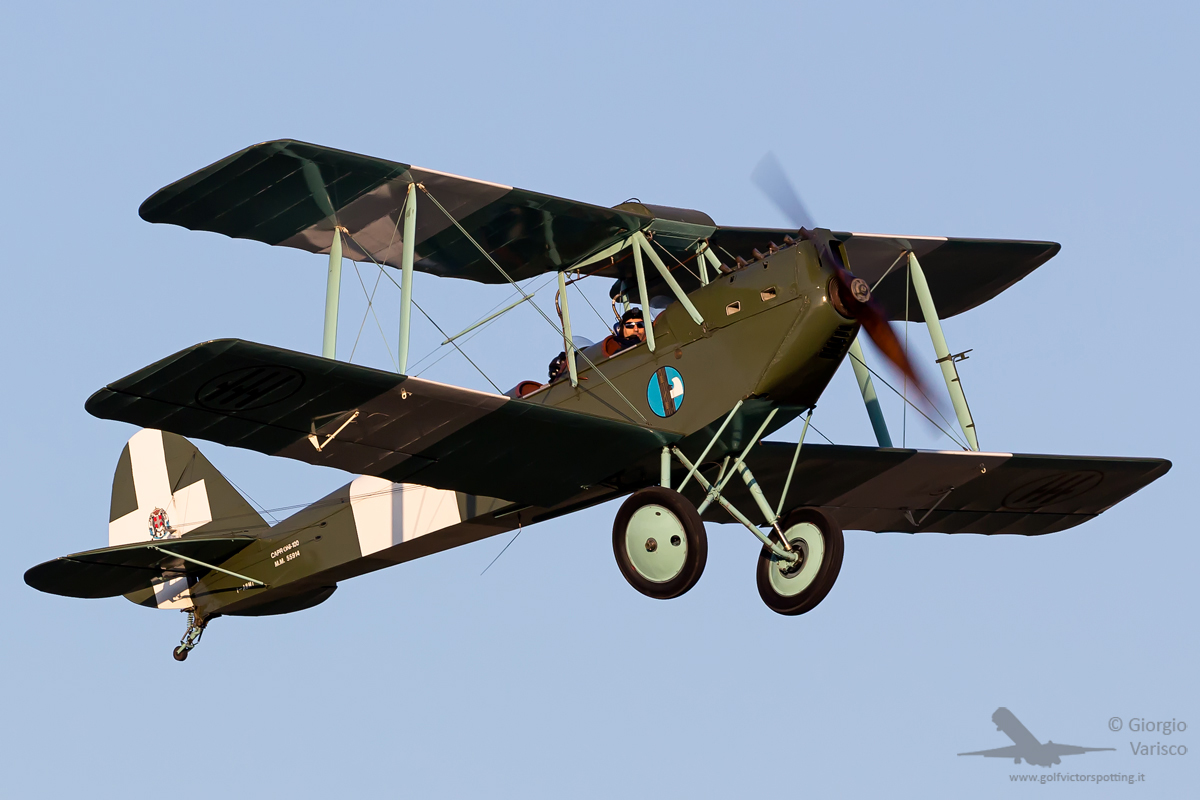 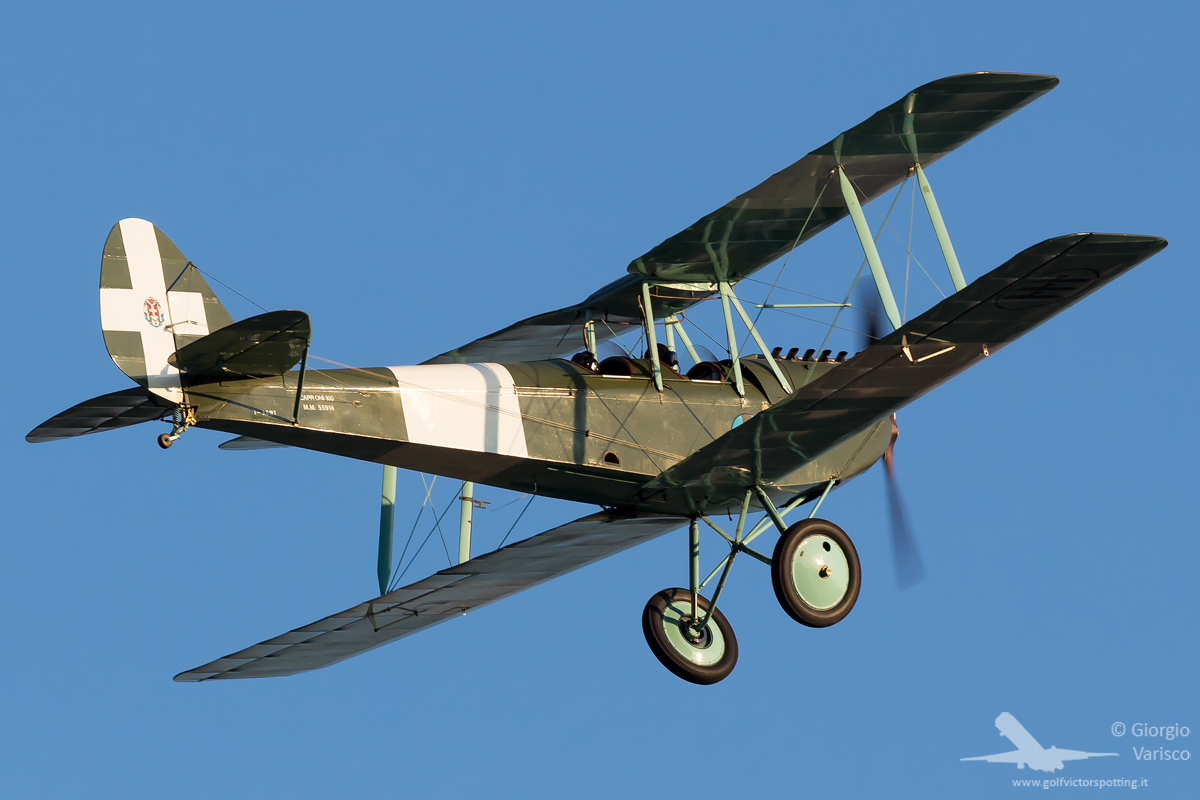 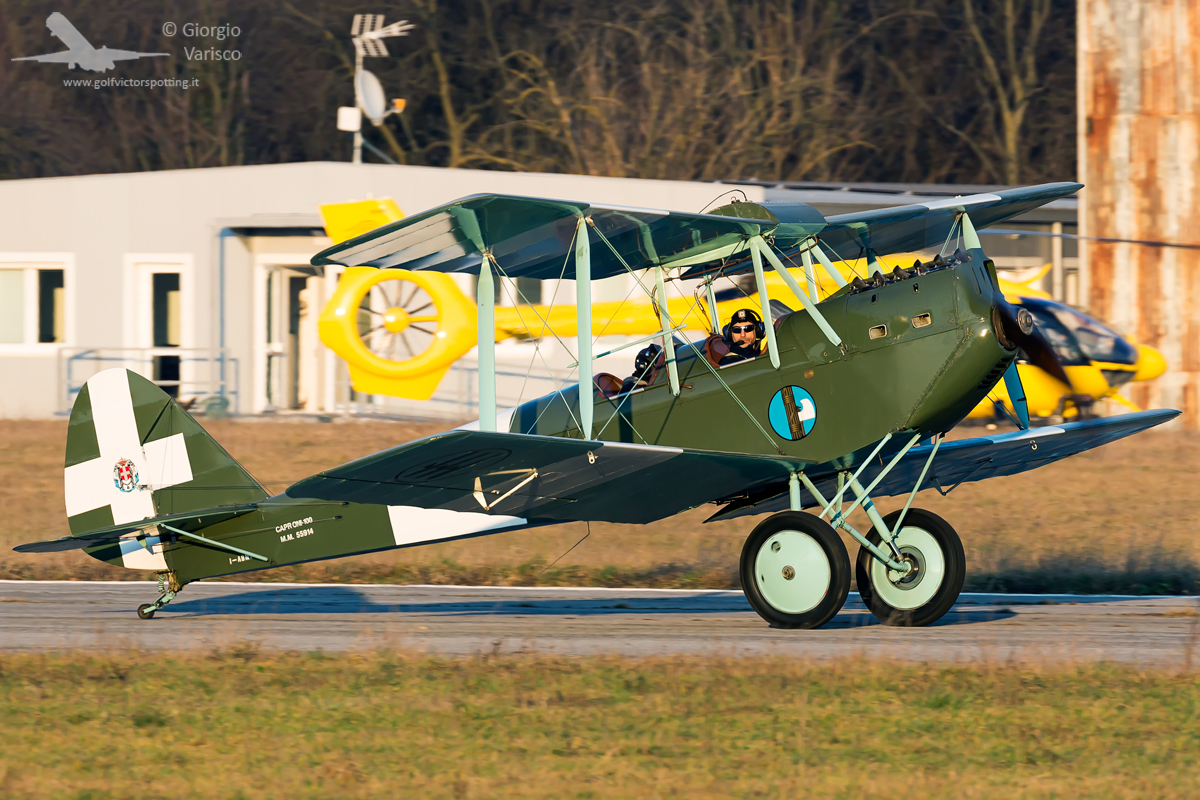 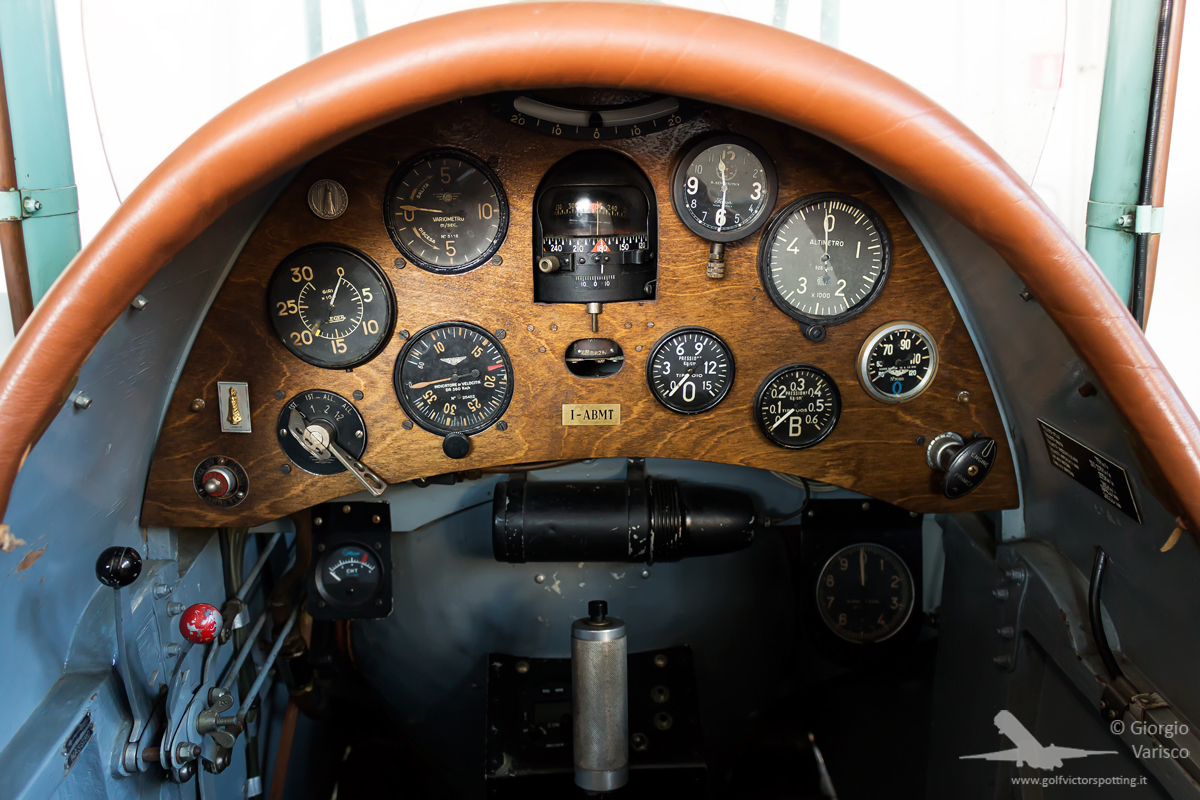 The only other airworthy Caproncino (apart from replicas) is a 1935-built float-equipped plane based in Como seaplane base, which also happens to be the oldest airworthy seaplane in the world. And the owner is the same as the land-based one! (photo taken at the air rally Giro Aereo dei Sei Laghi 2016) 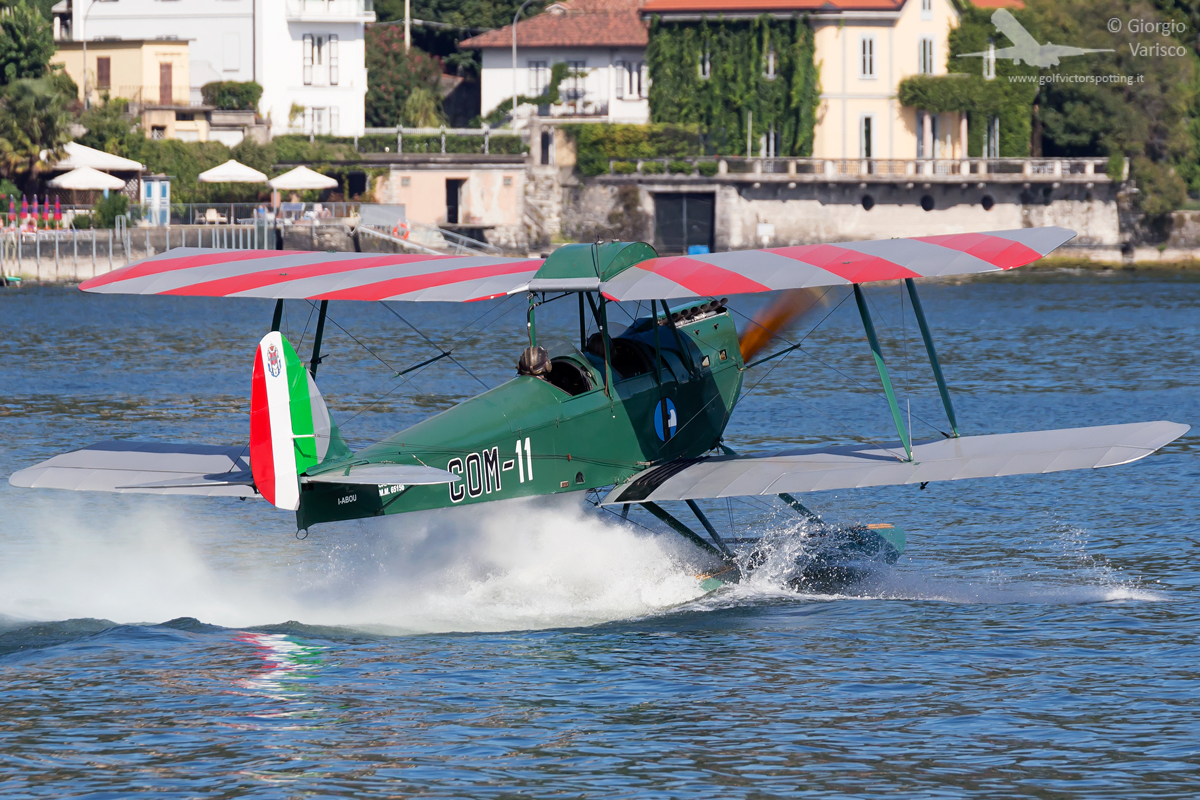 Some shots of the planes owned by Aeroclub Milano, the main flying club based in Bresso.
Tecnam P2008 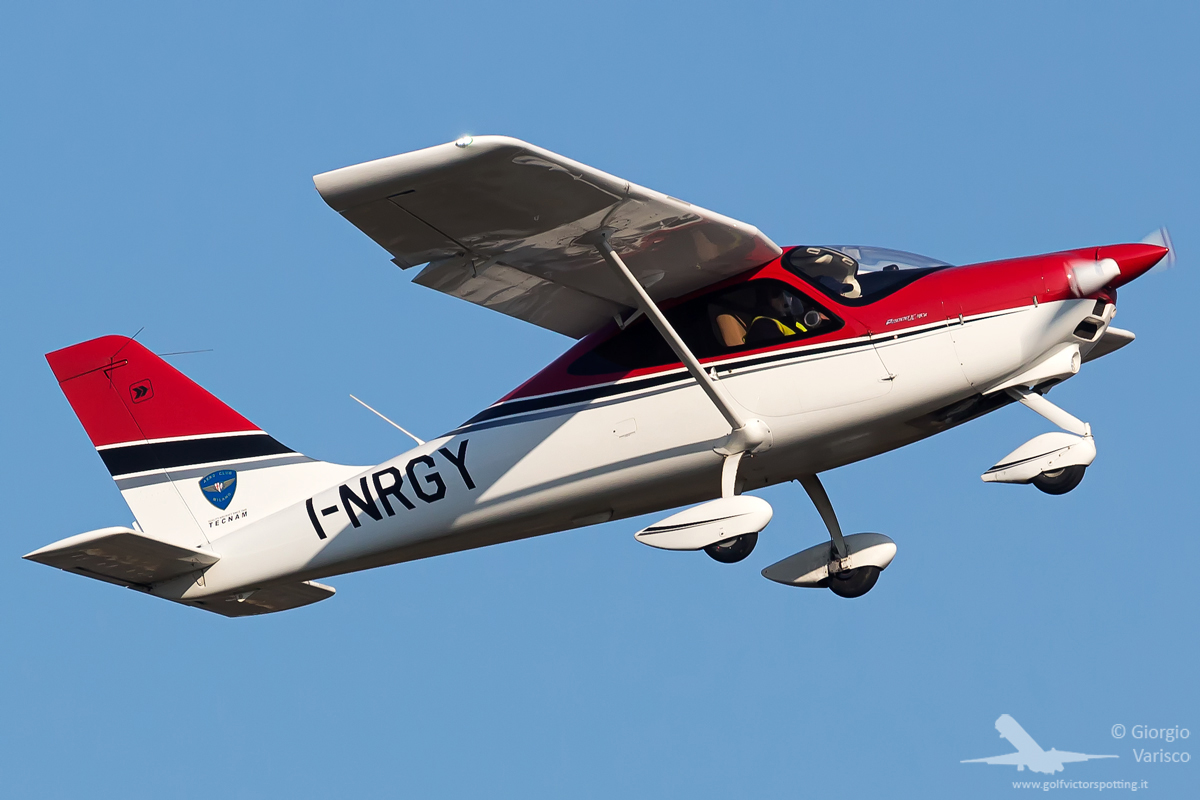 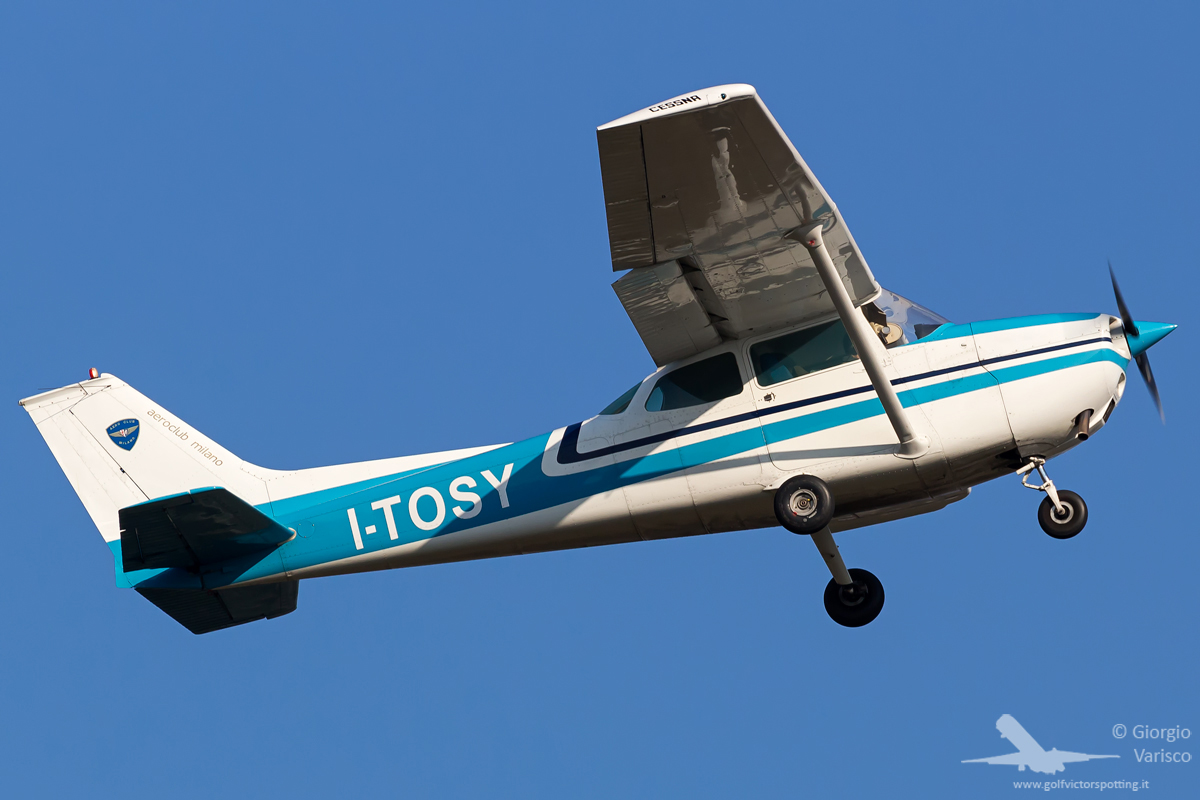 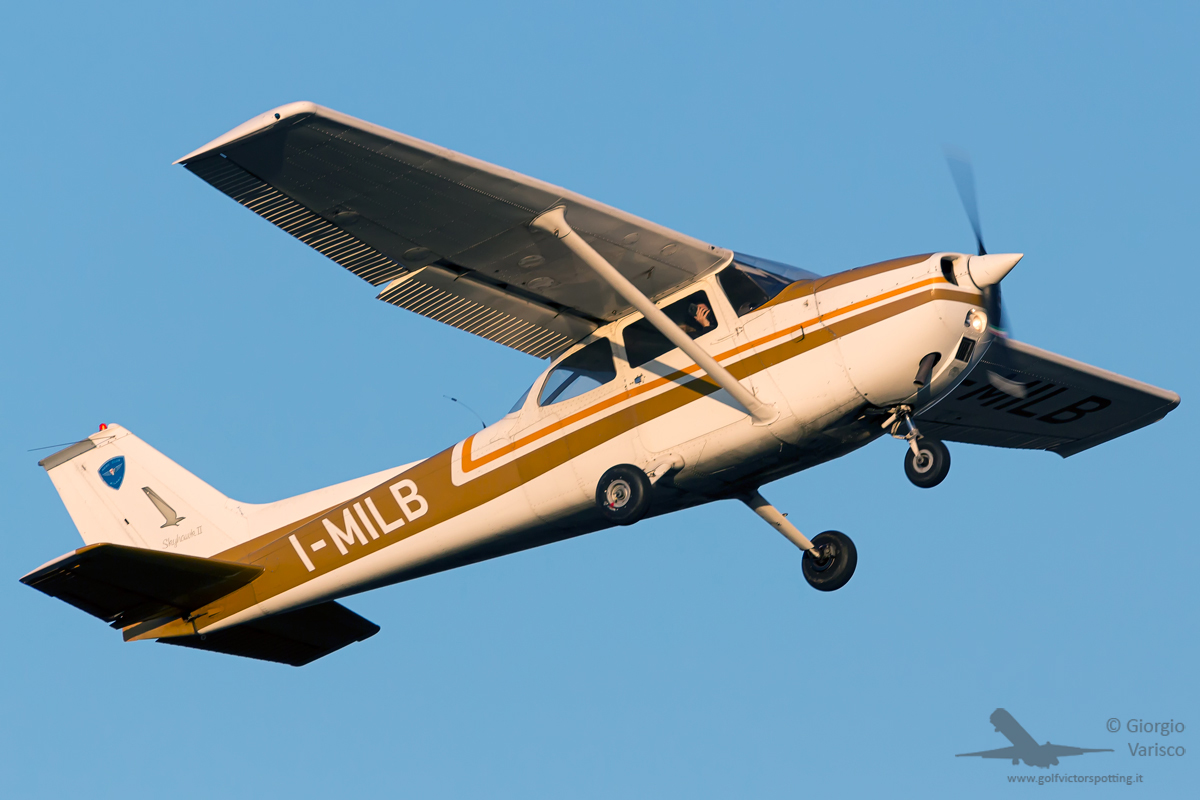 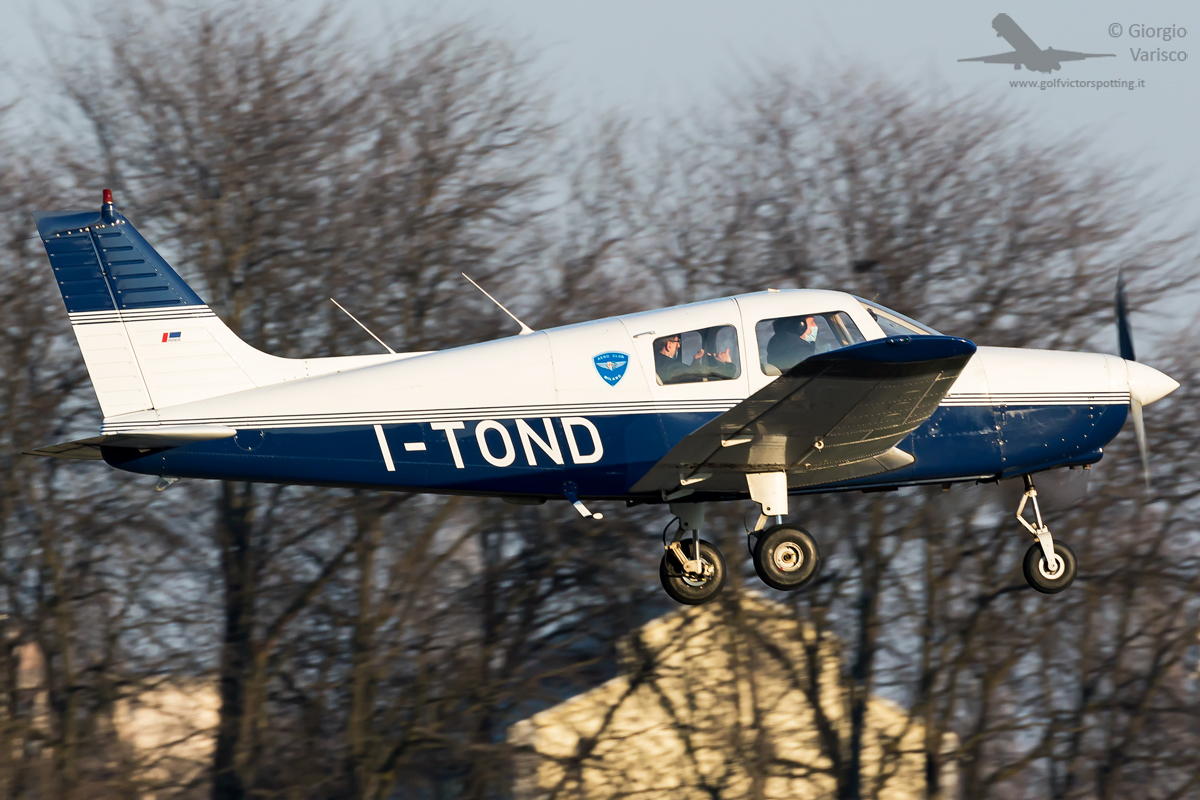 “When the wise man points to the Moon, Dysko takes a photo of the PA-28 passing in front of it!”
(11 years ago I had the chance to perform a flight from Milan to Genoa on this same plane!) 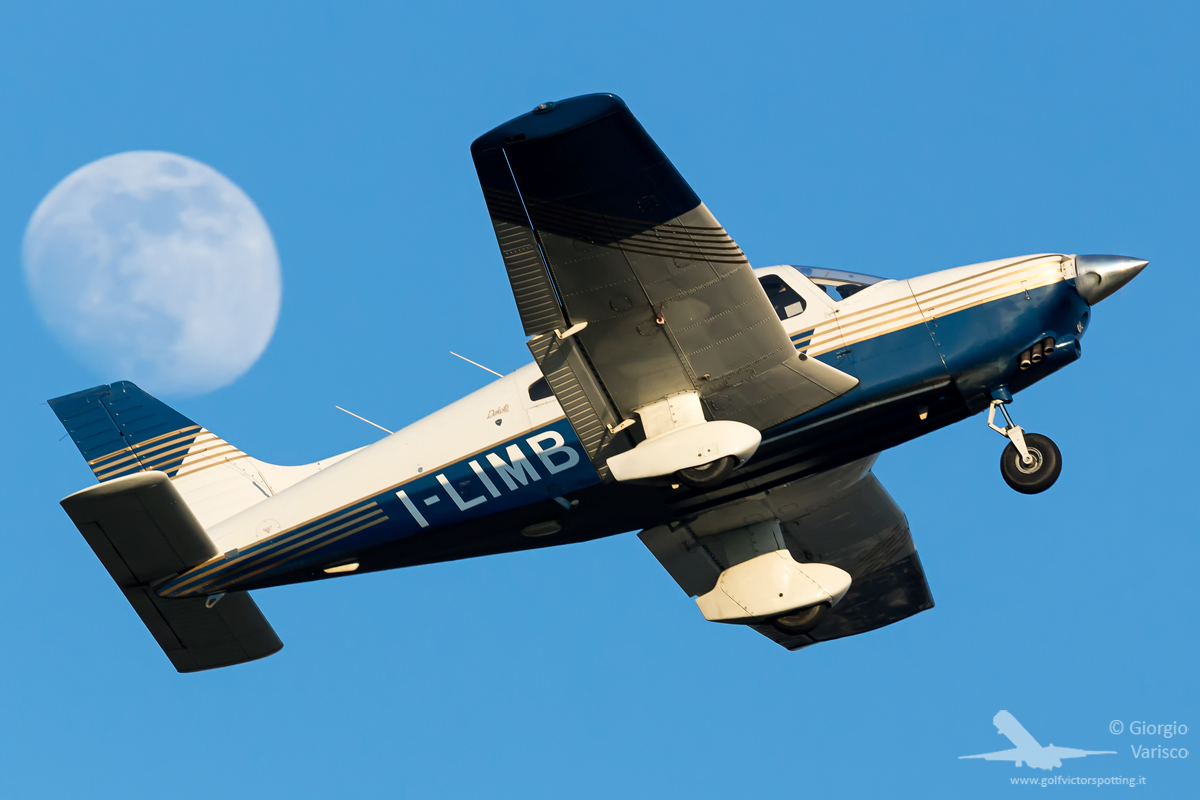 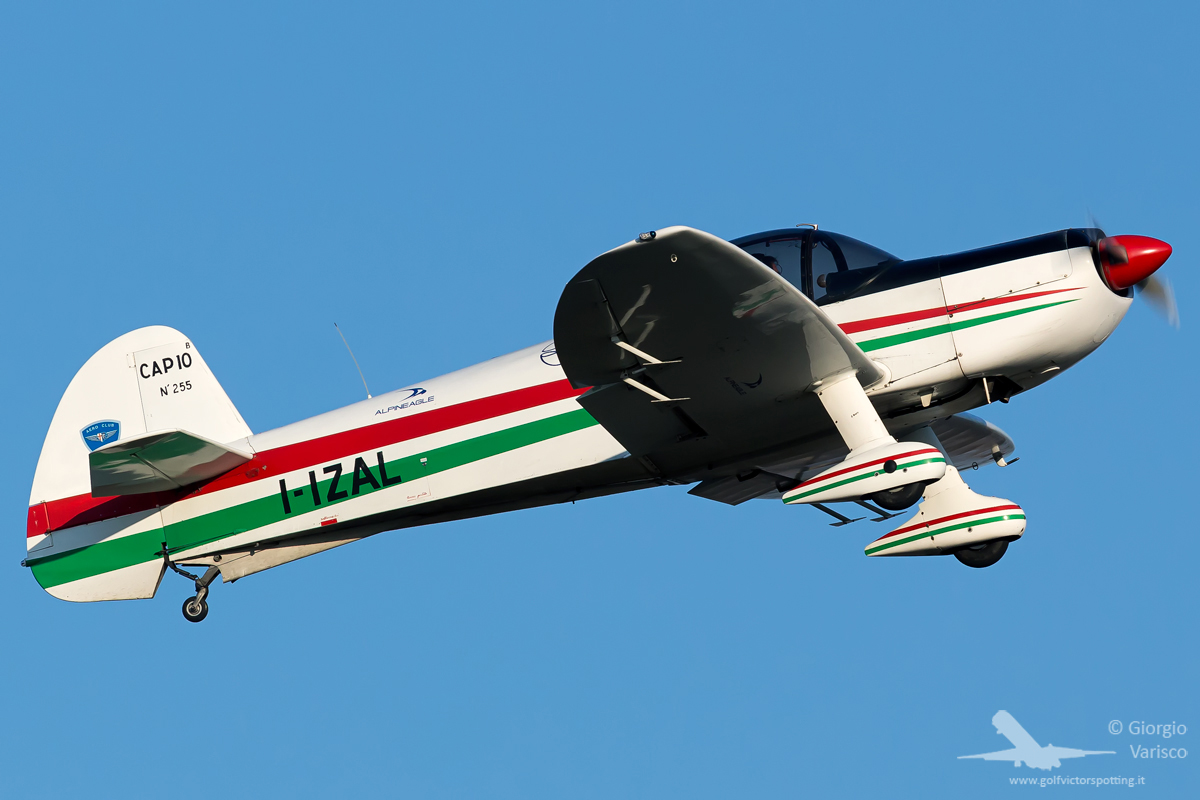 This Tecnam P2002 Sierra belongs to Sky Services, another flying school based in this airport. 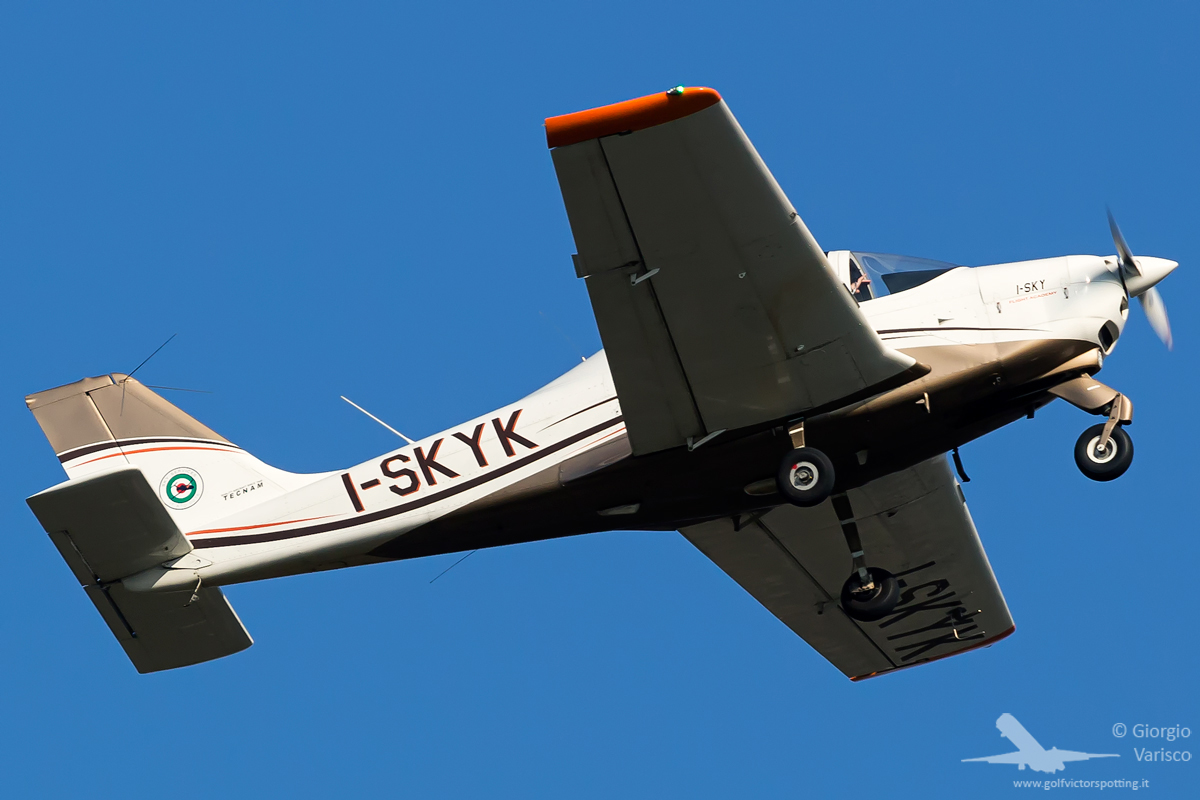 This Piper PA-34 Seneca is owned by flying school Cantor Air, based in Valbrembo airport near Bergamo. 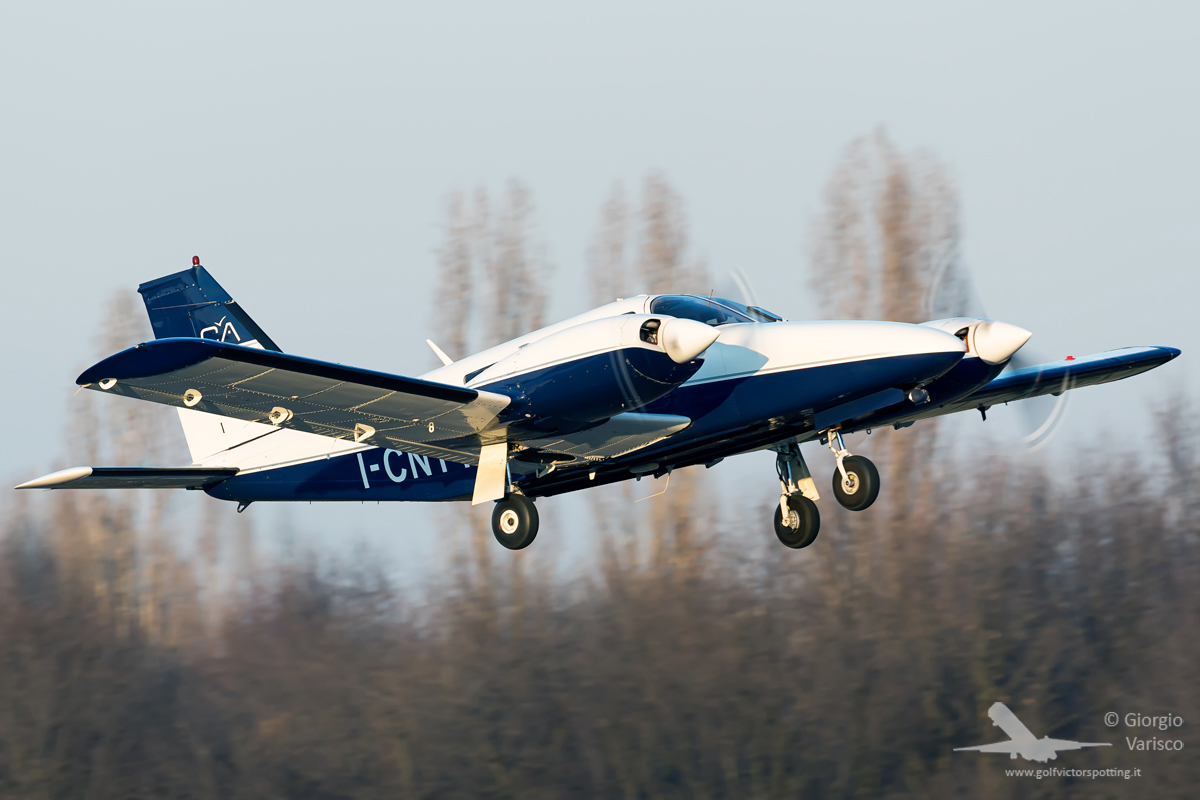 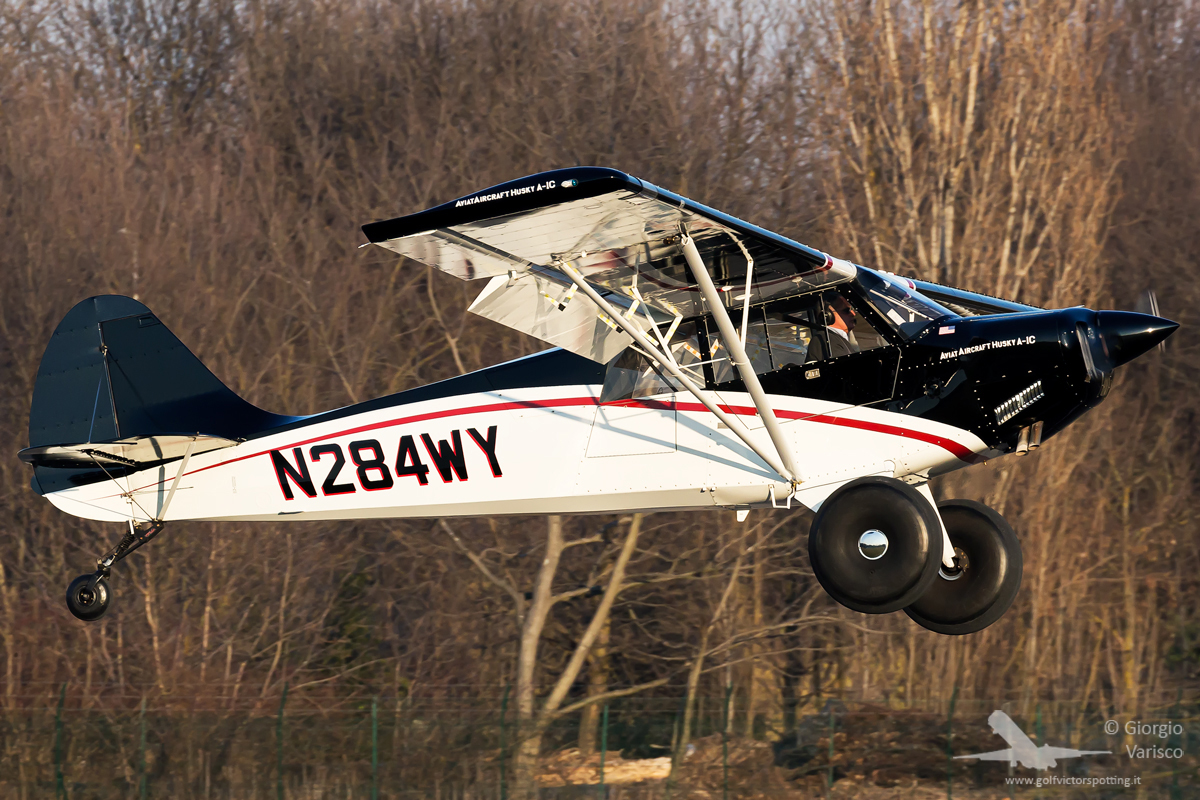 A Maule M-7 flying alongside the Husky 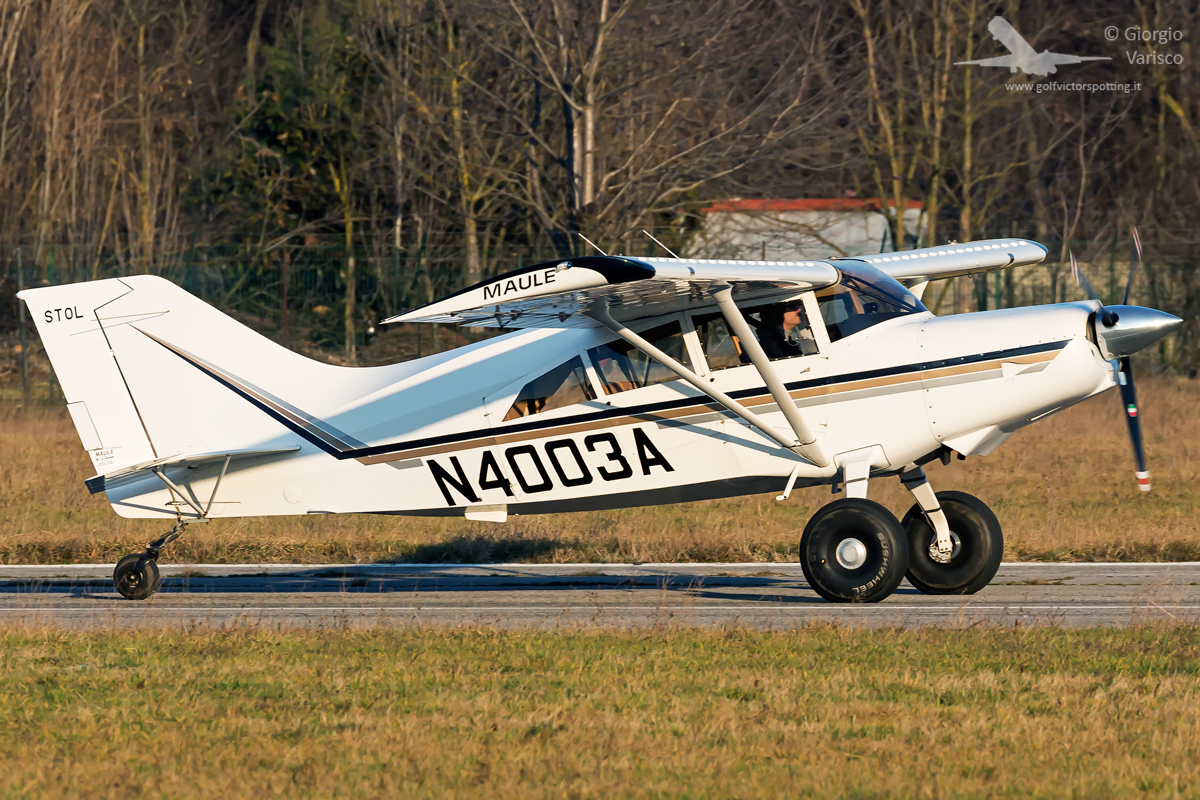 Extra 300, which performed a steep climb after a low pass above the runway 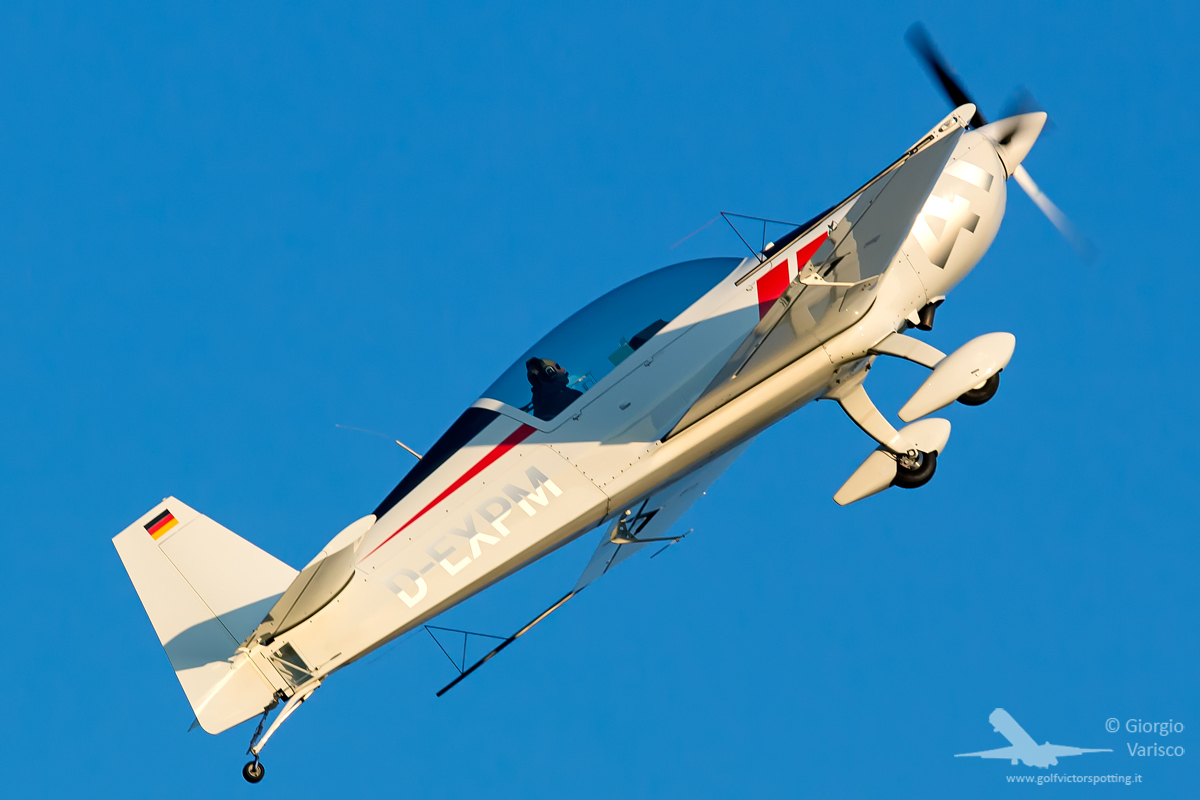 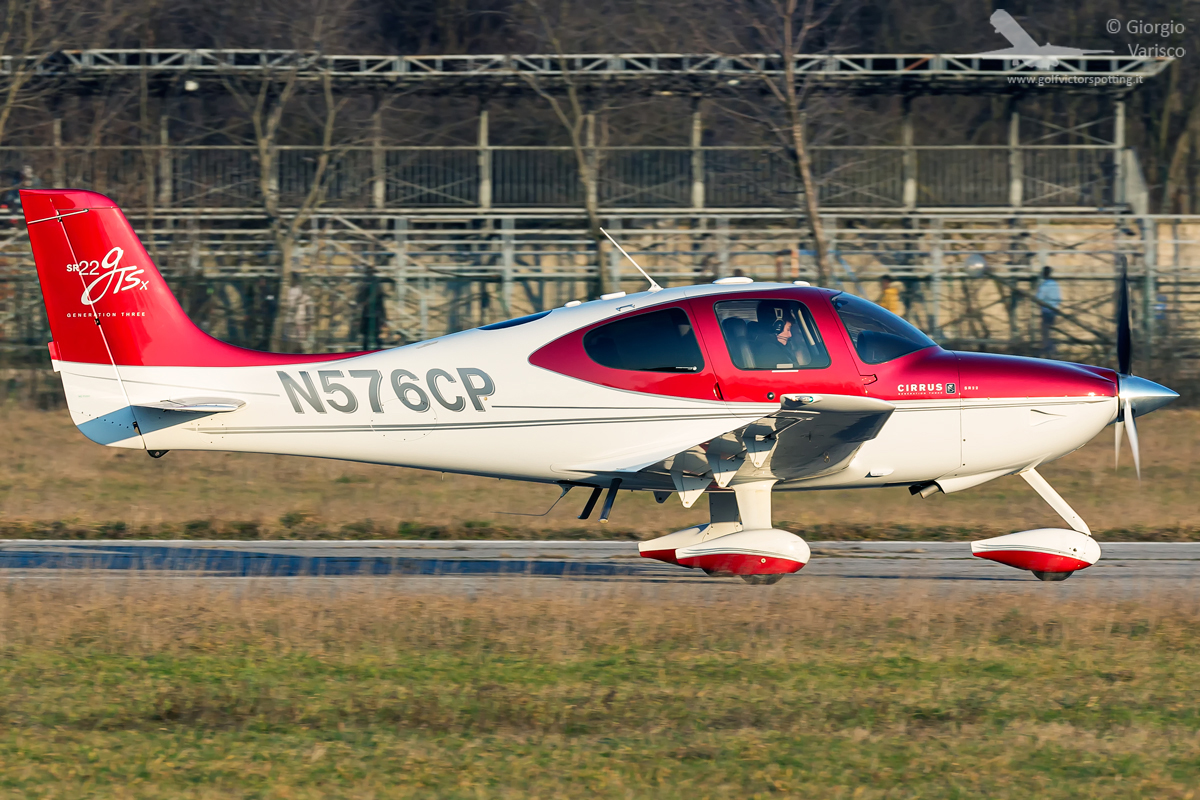