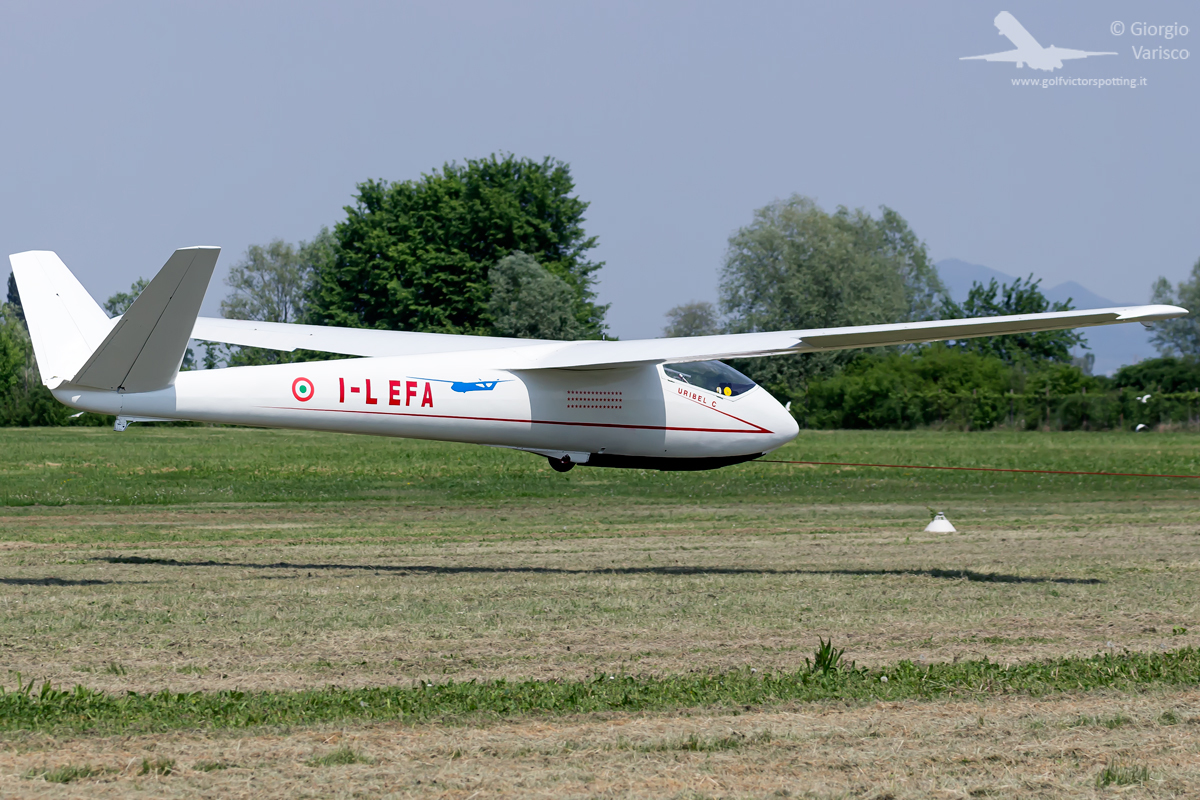 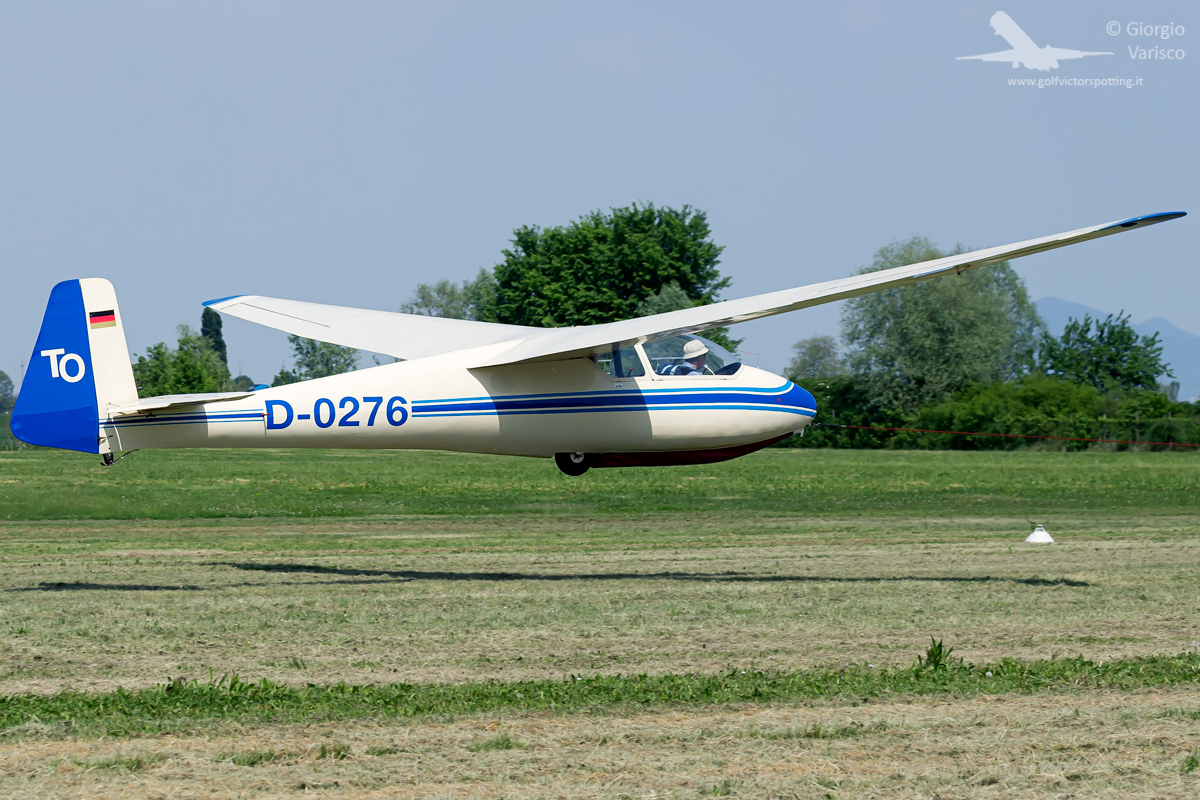 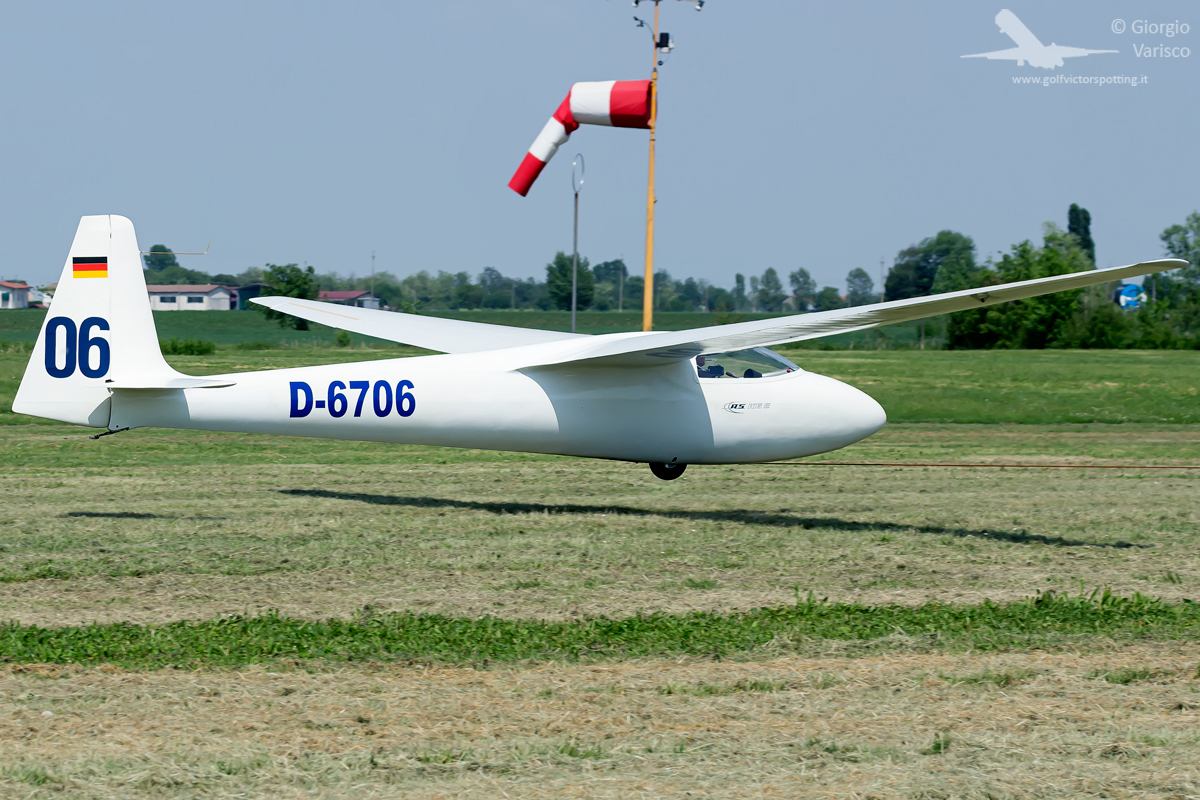 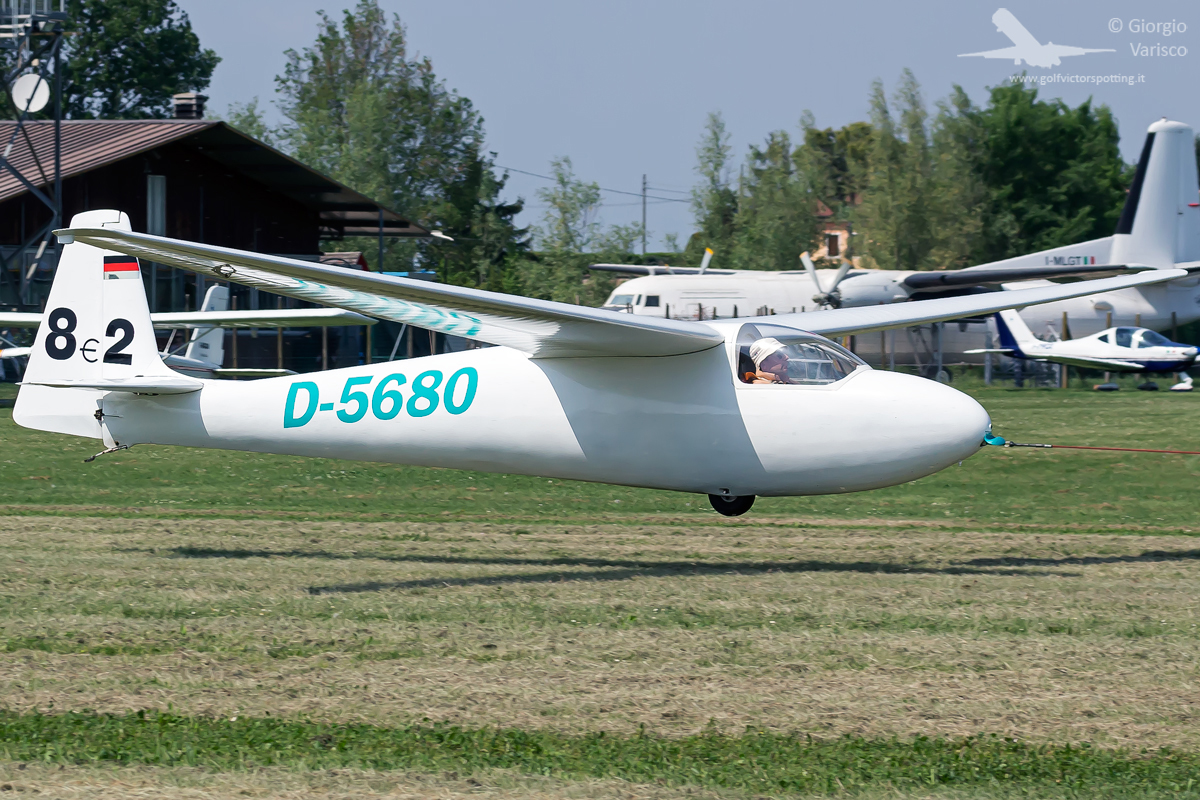 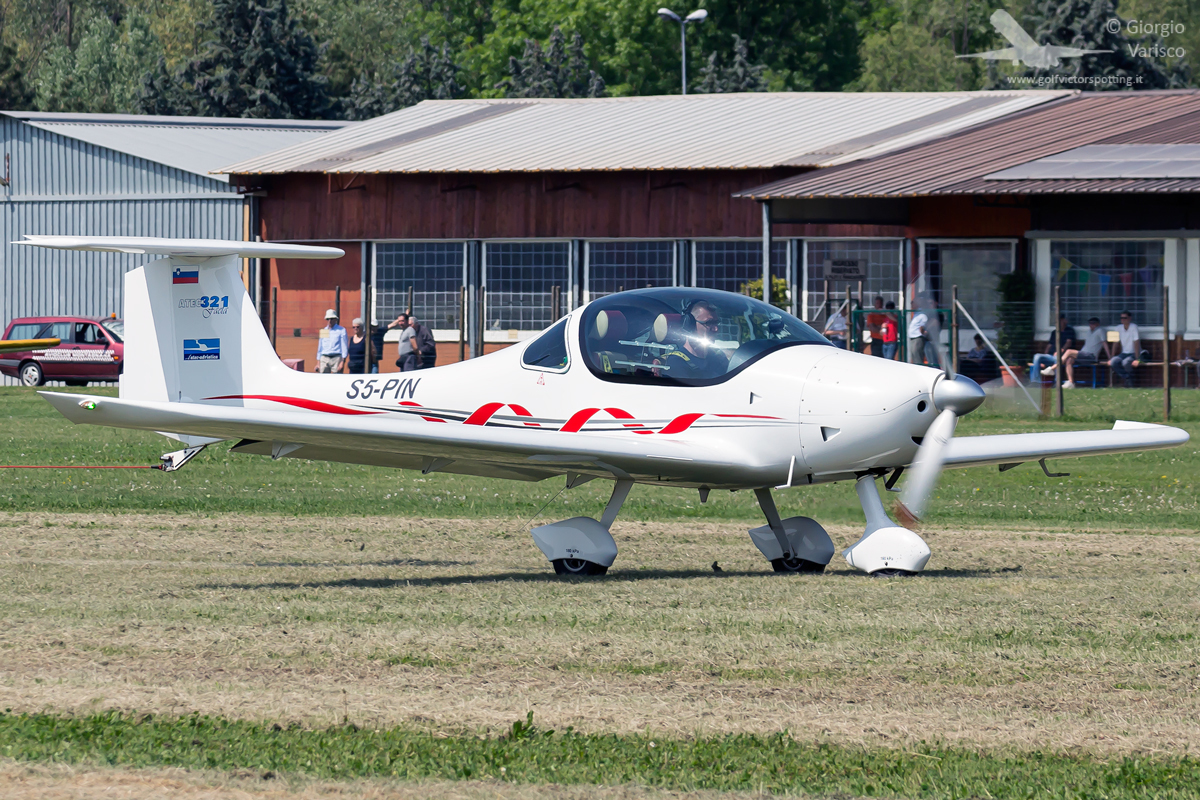 Andrea Pesenato on board its CAP 231 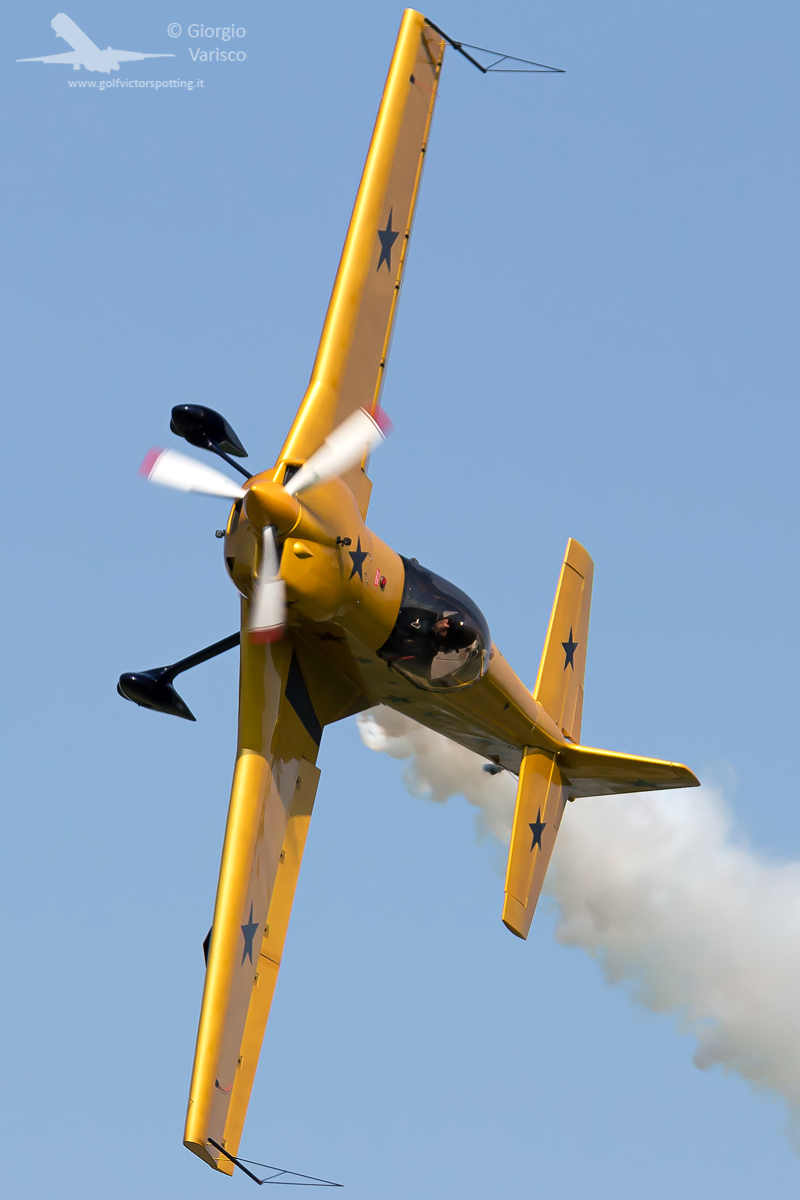 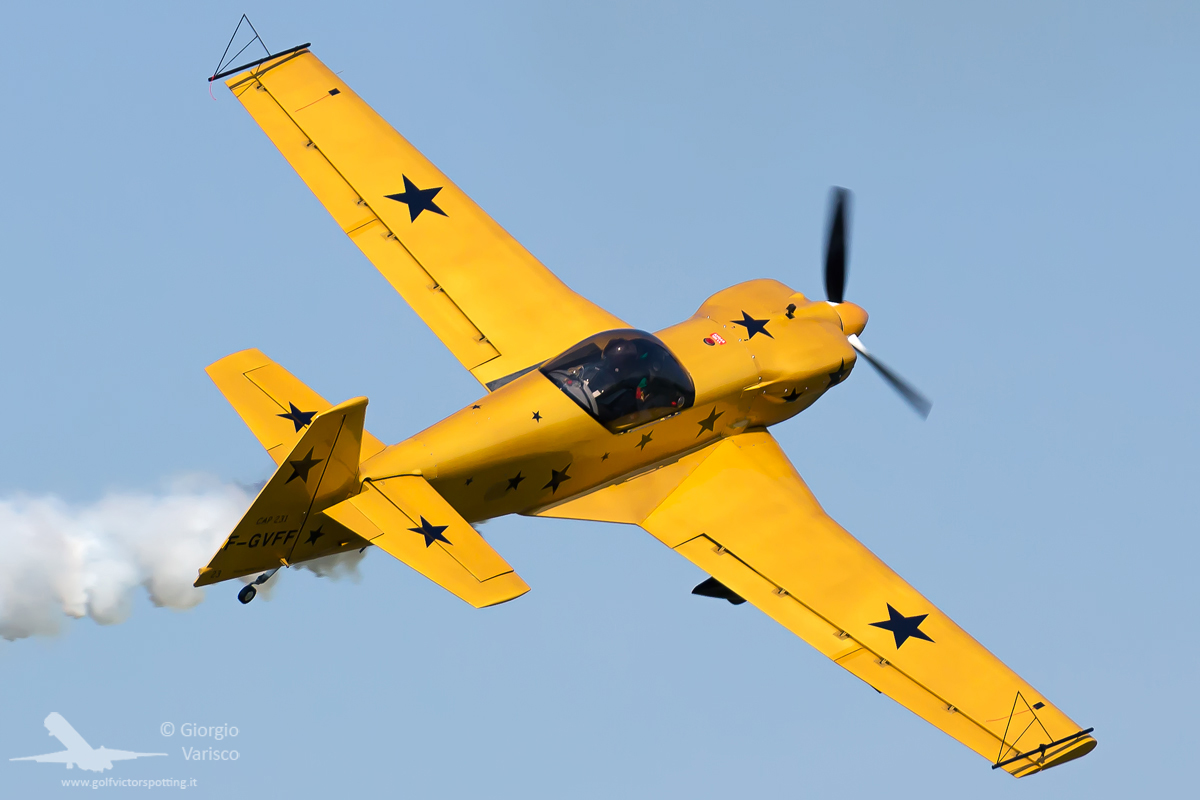 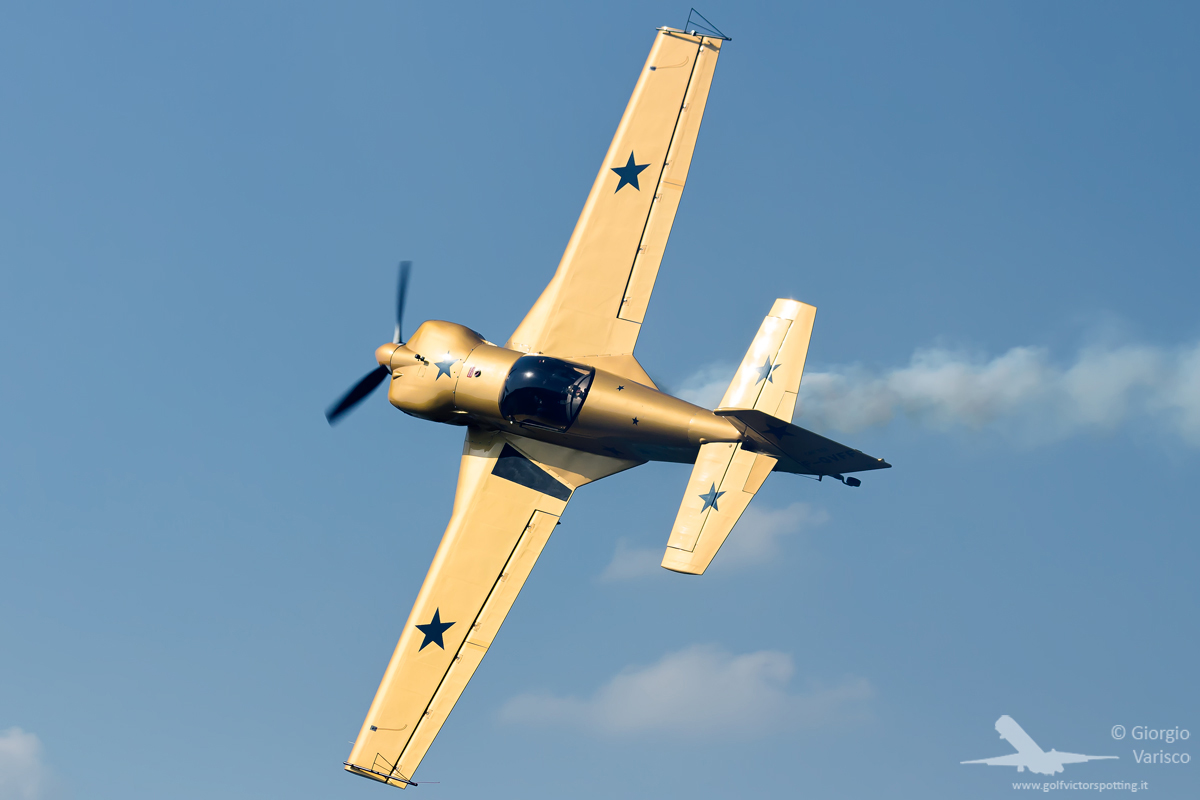 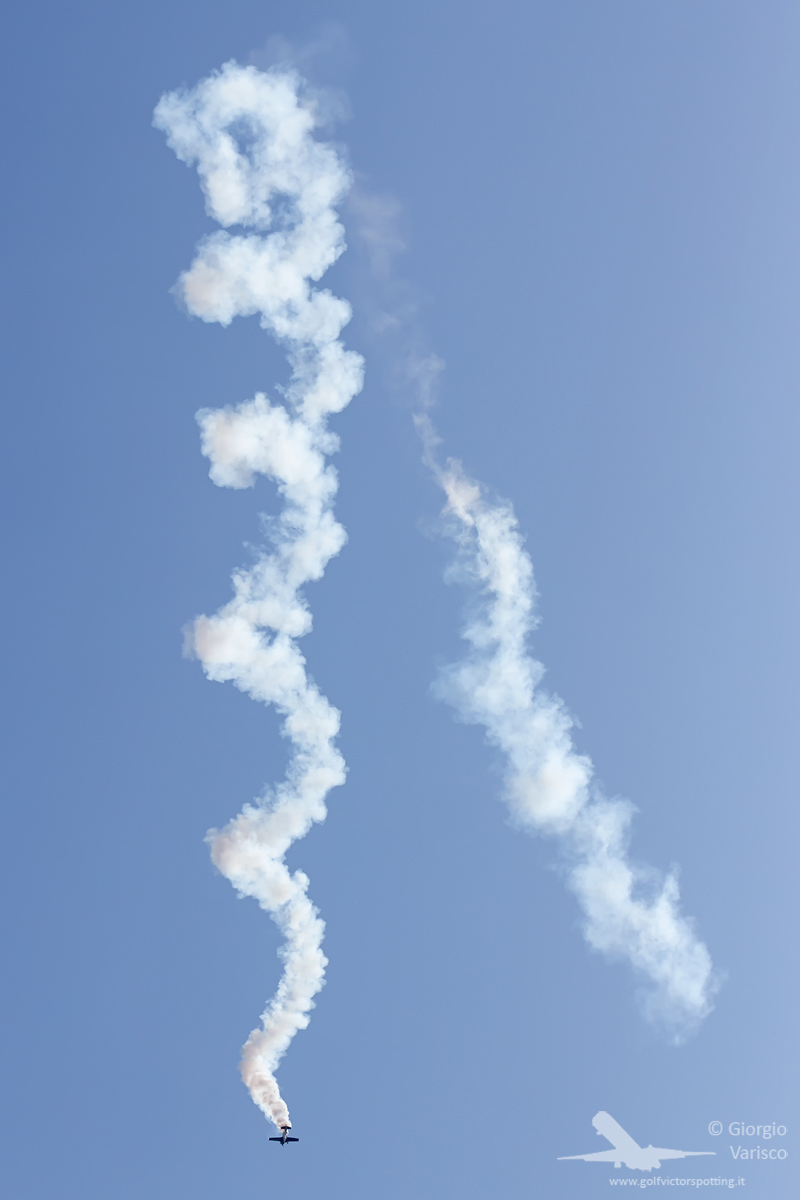 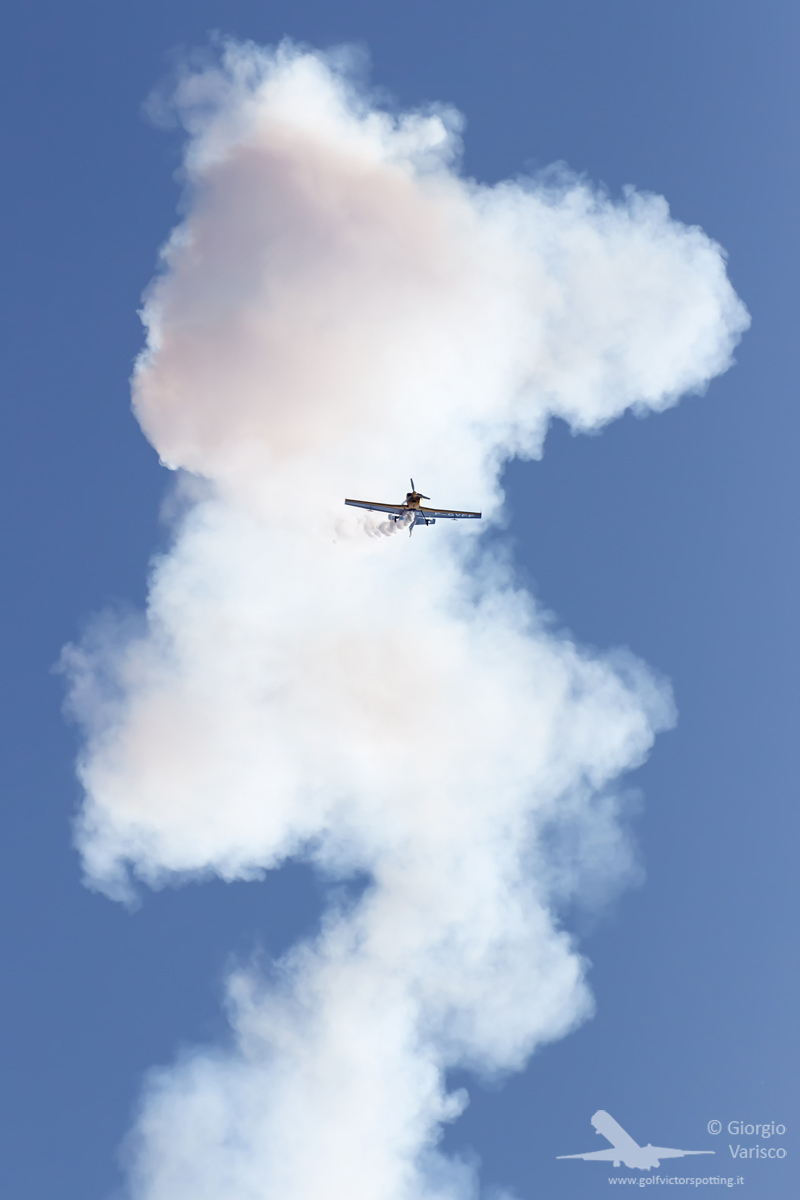 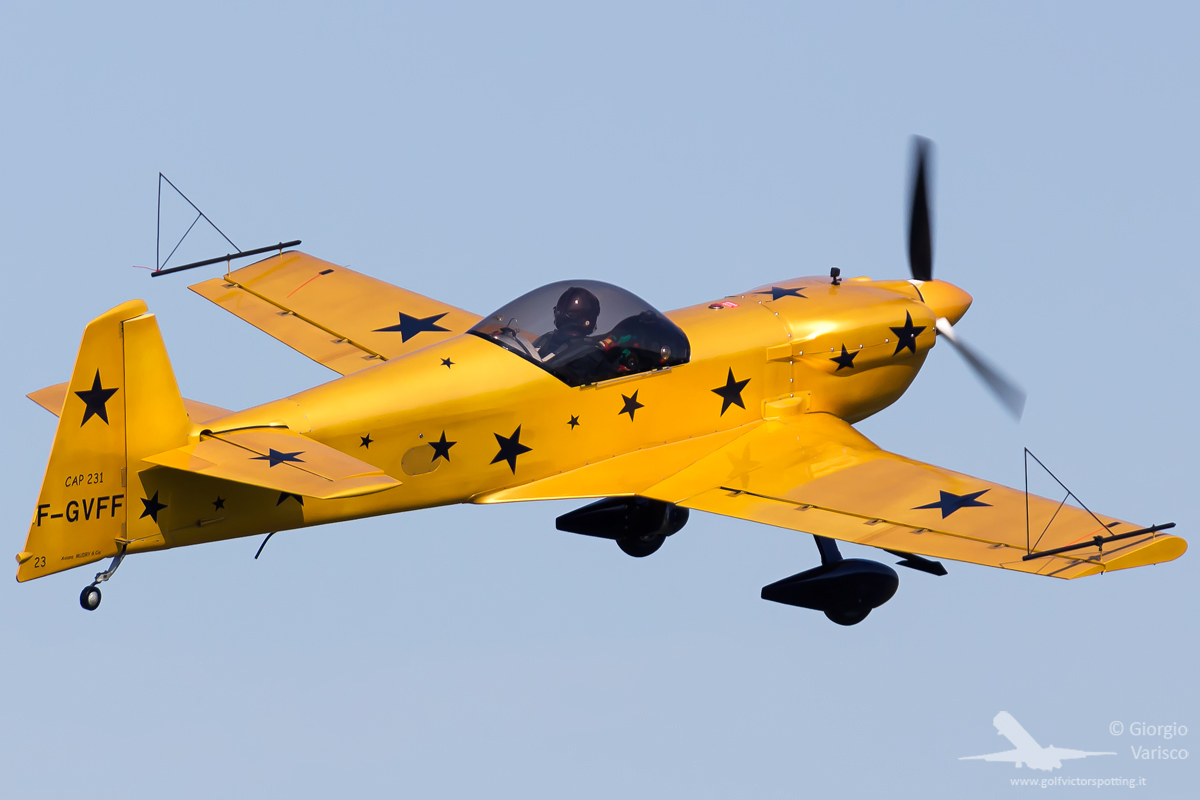 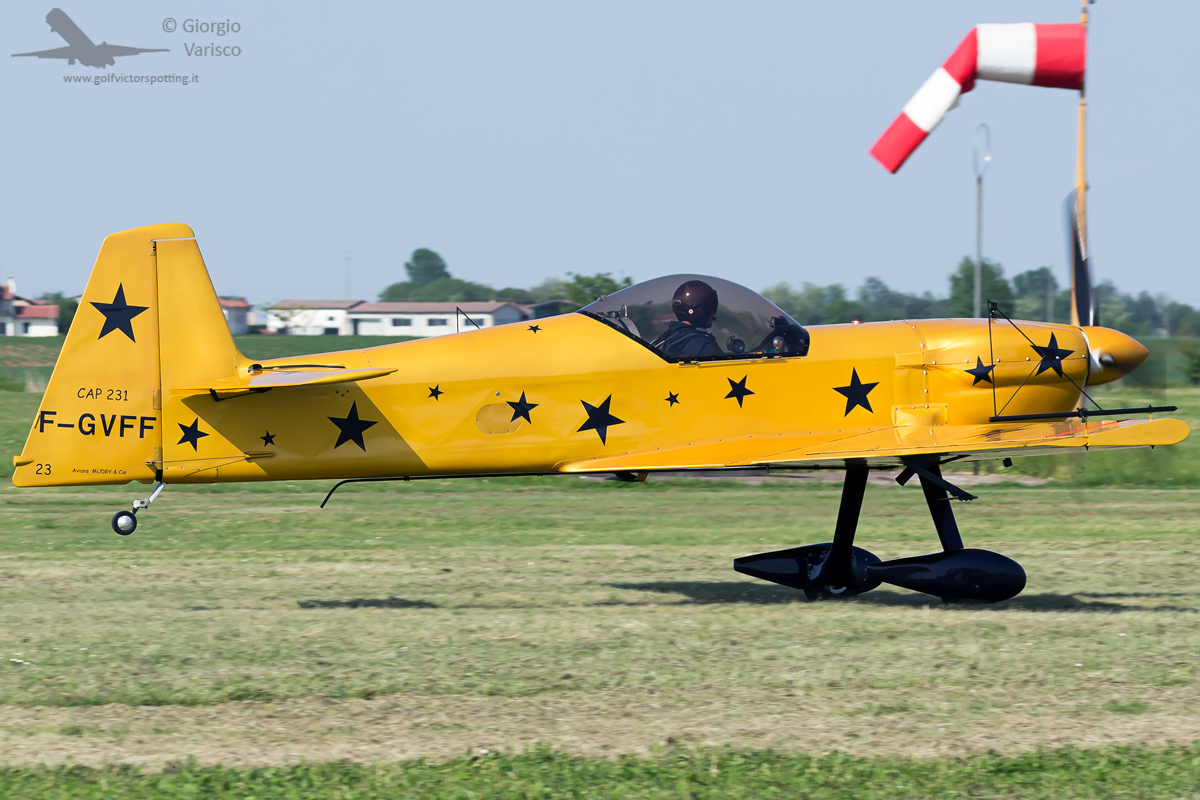 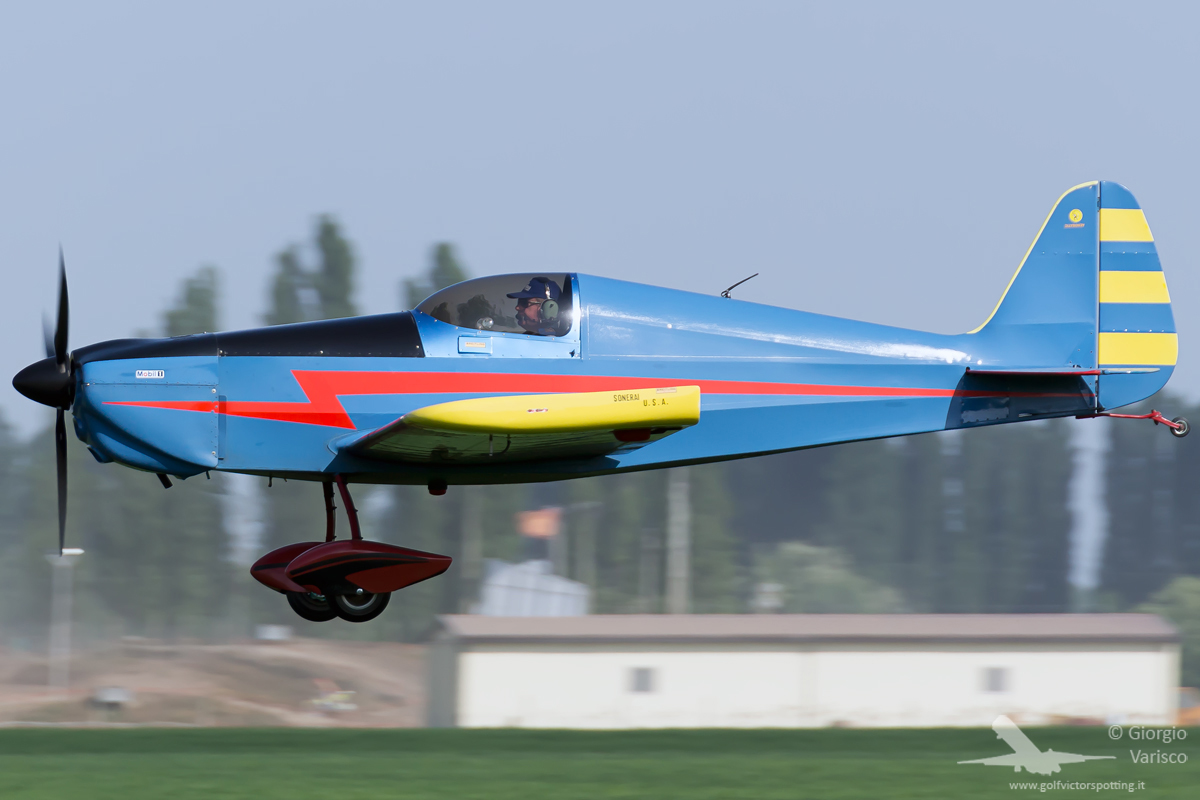 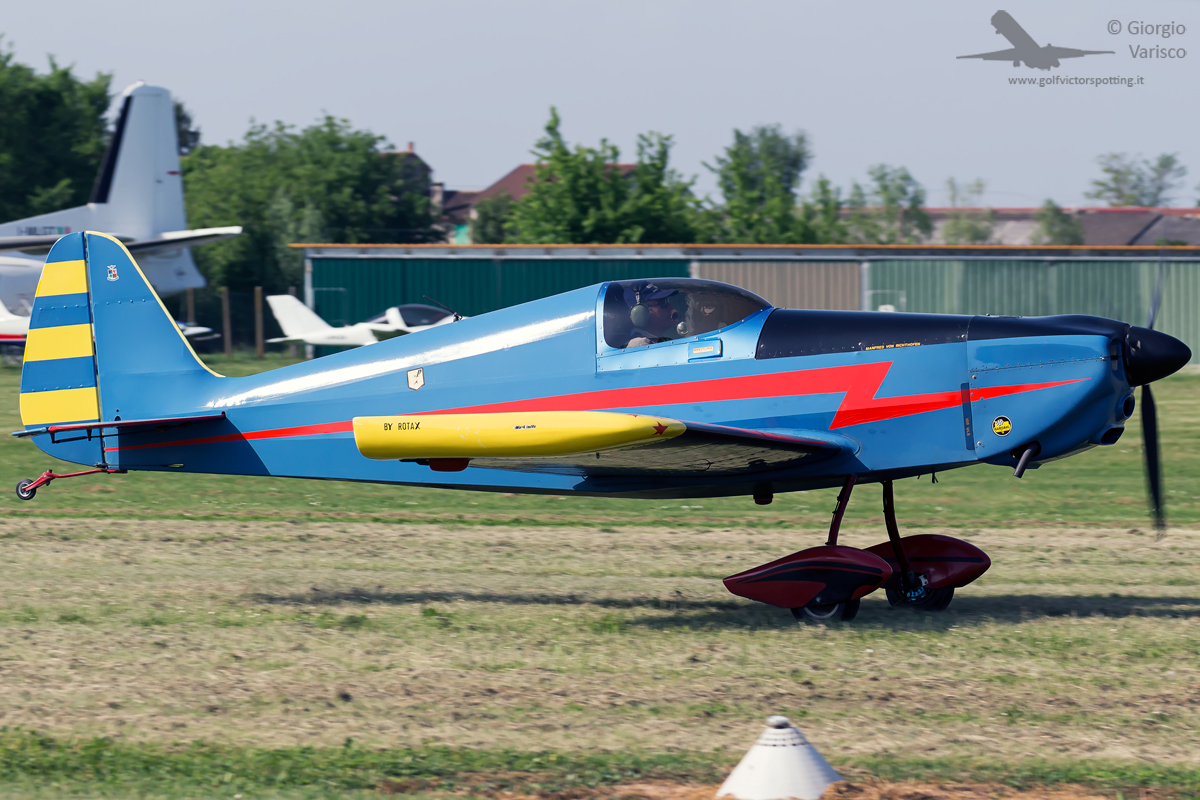 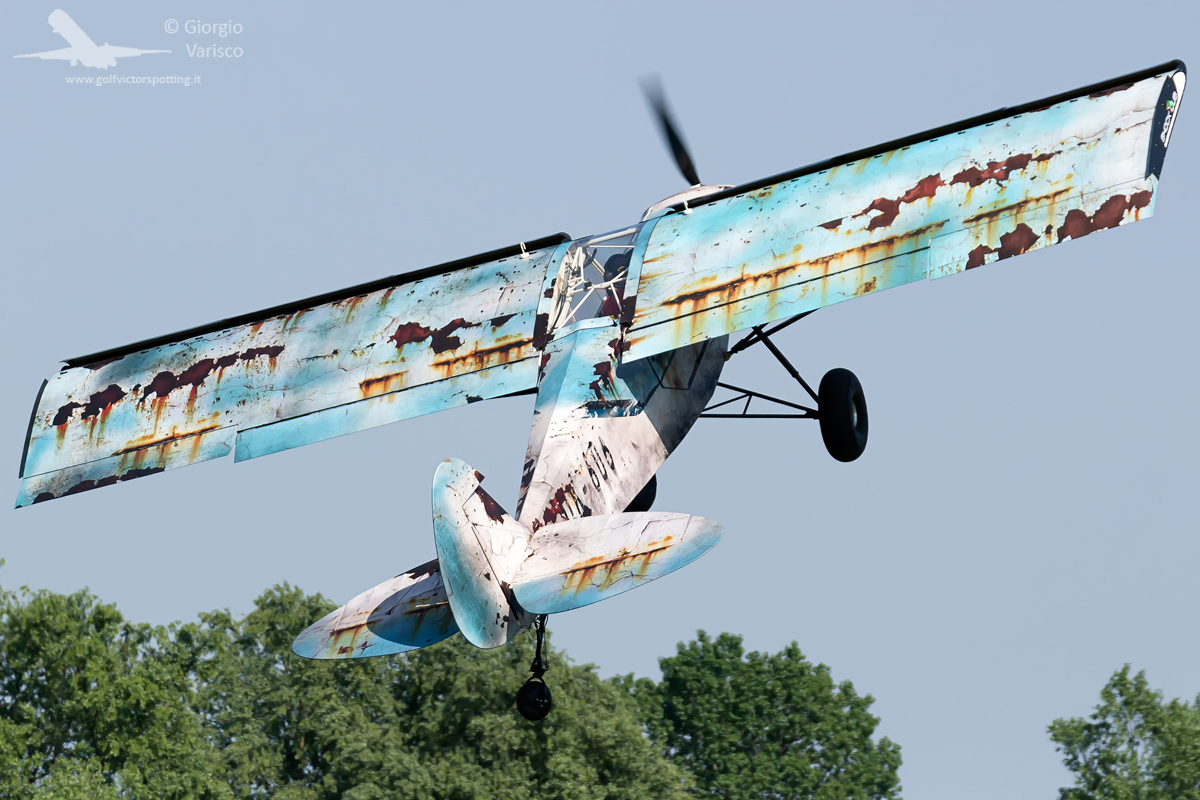 …and, with some headwind and an high angle of attack, it looked like it was hovering! 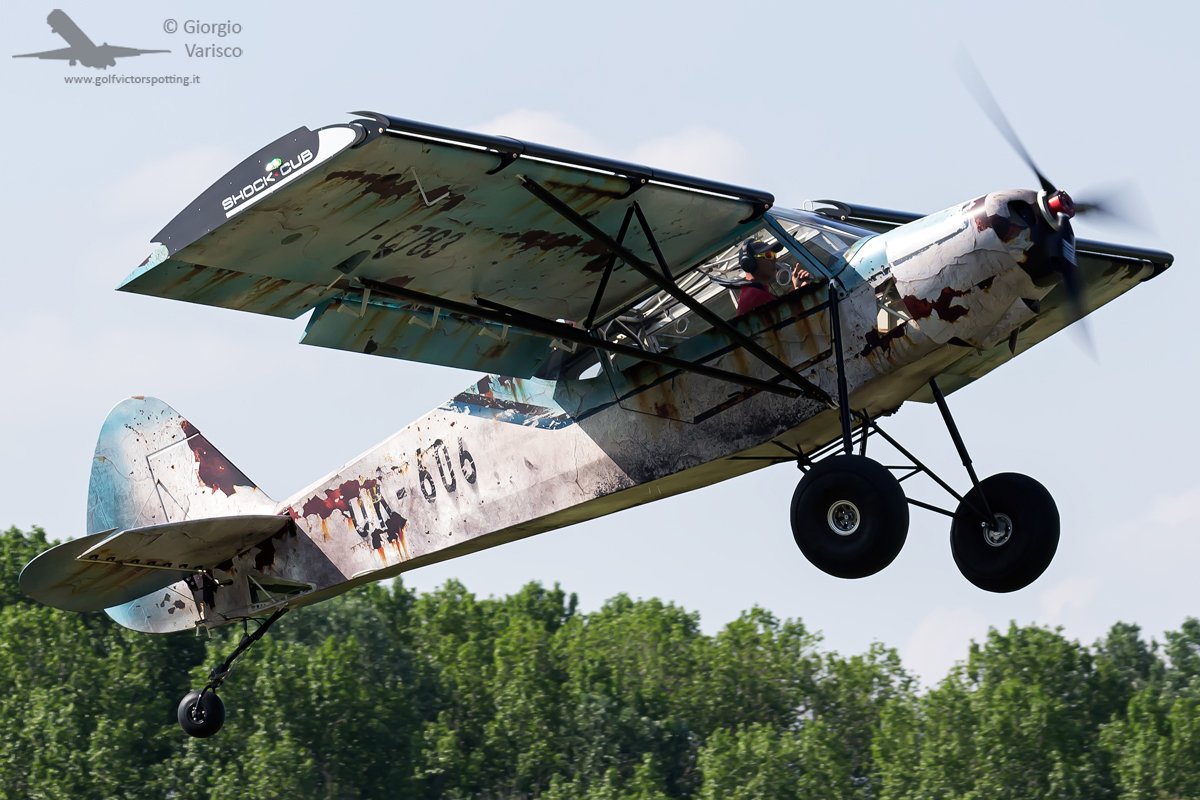 Historical Aircraft Group Italy showed itself with a Boredom Fighter biplane and the Bird Dog owned by the President of the association. 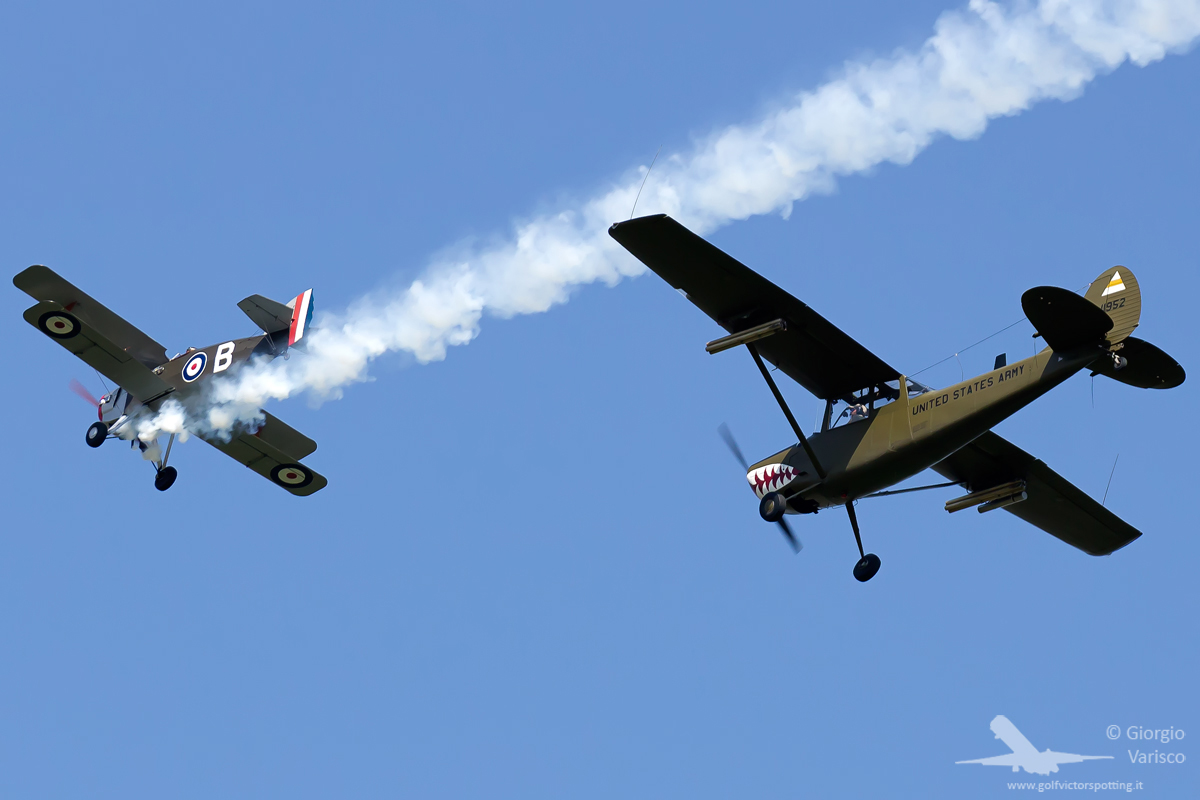 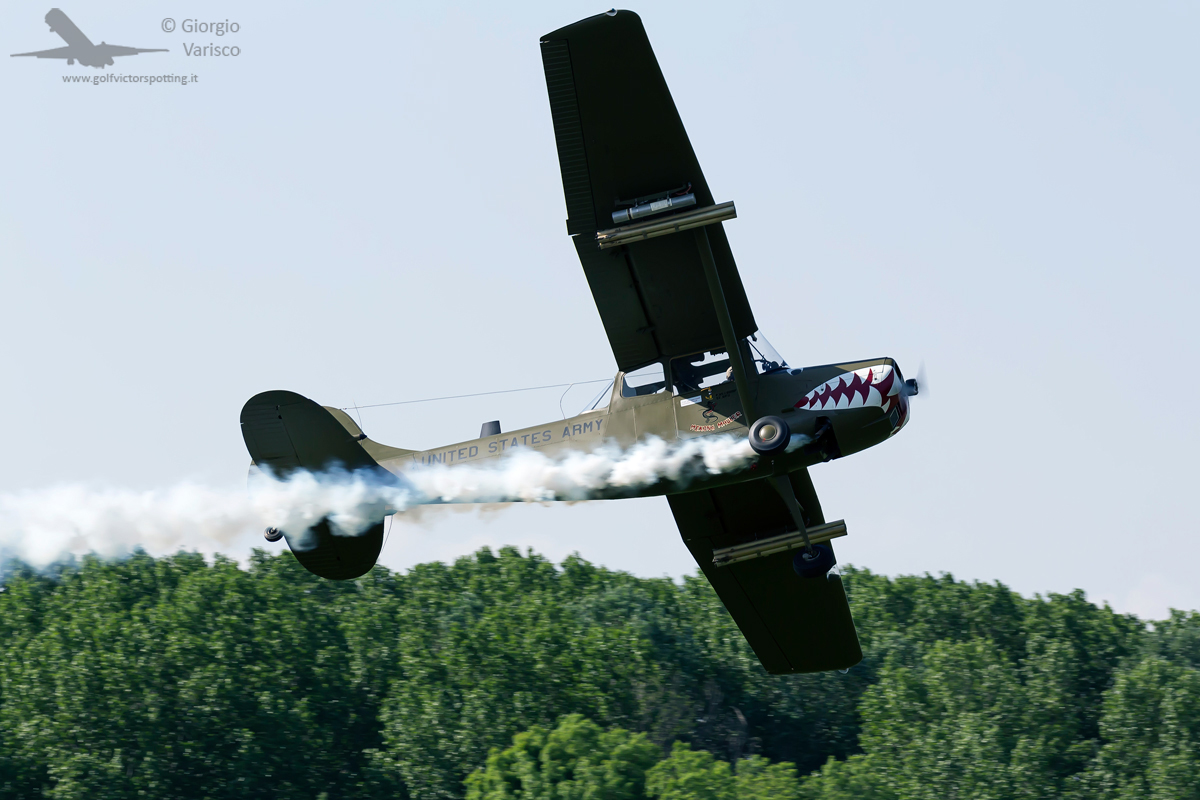 It was just a visitor, but I found it interesting anyway… Slepcev Storch, ultralight replica of the famous Fieseler Fi-156 Storch. 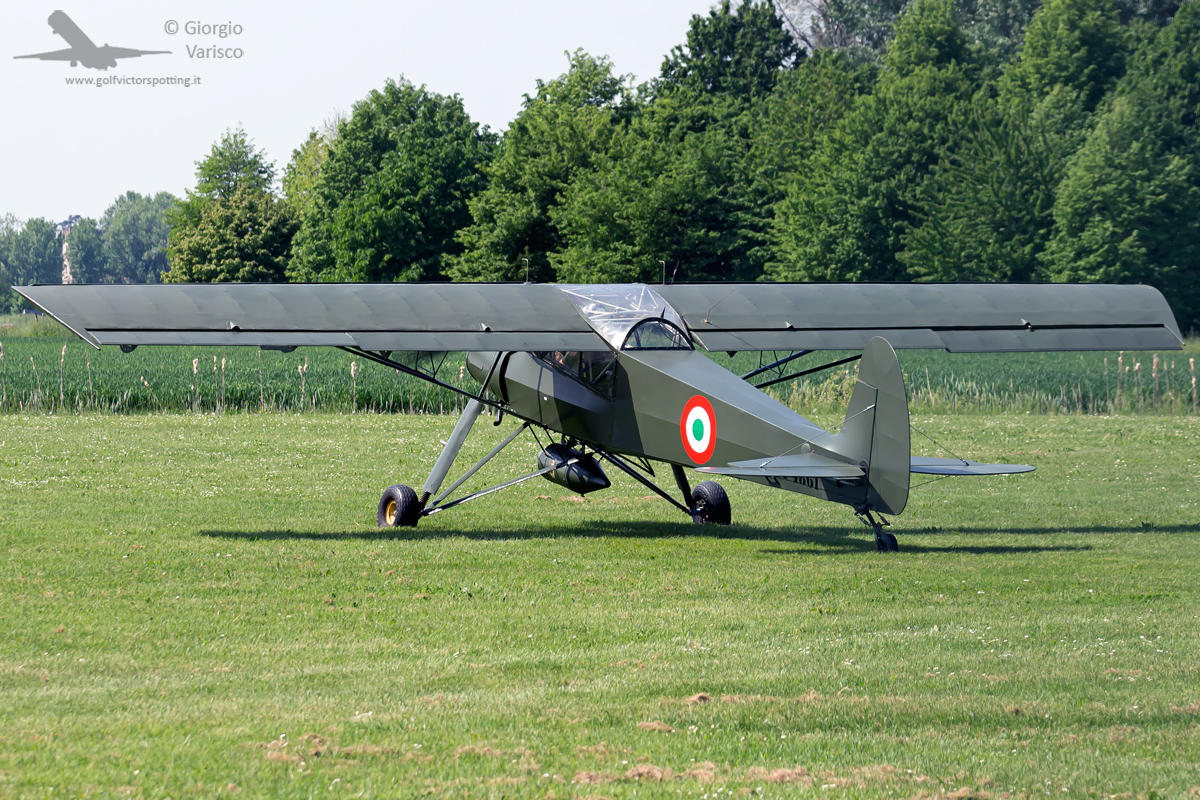 The airfield has a small open-air musuem. Unfortunately, most of the aircraft (an F-104, a G.91 and a T-33) are closely surrounded by fences and it is impossible to take clean photos of them.
Here are the other 2 gate guardians: Fokker 27 belonging to the defunct cargo airline Miniliner, based in Milan-Bergamo Orio al Serio airport. 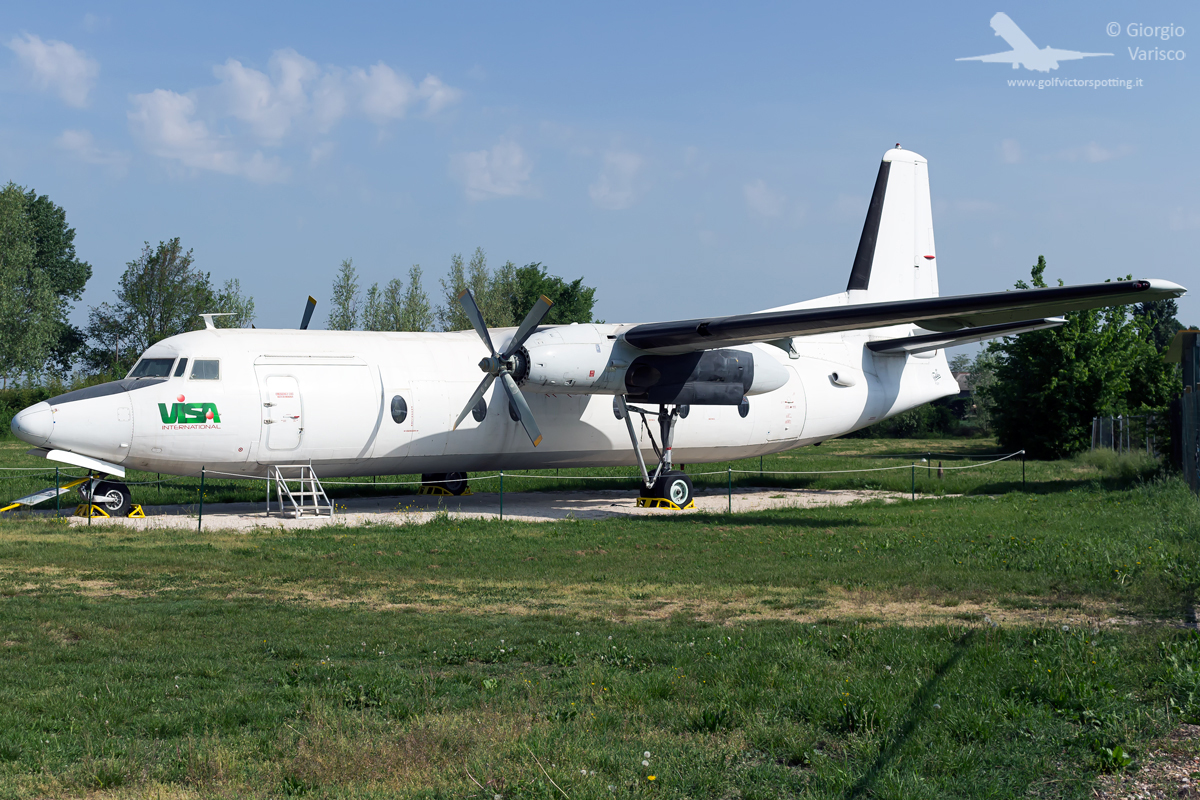 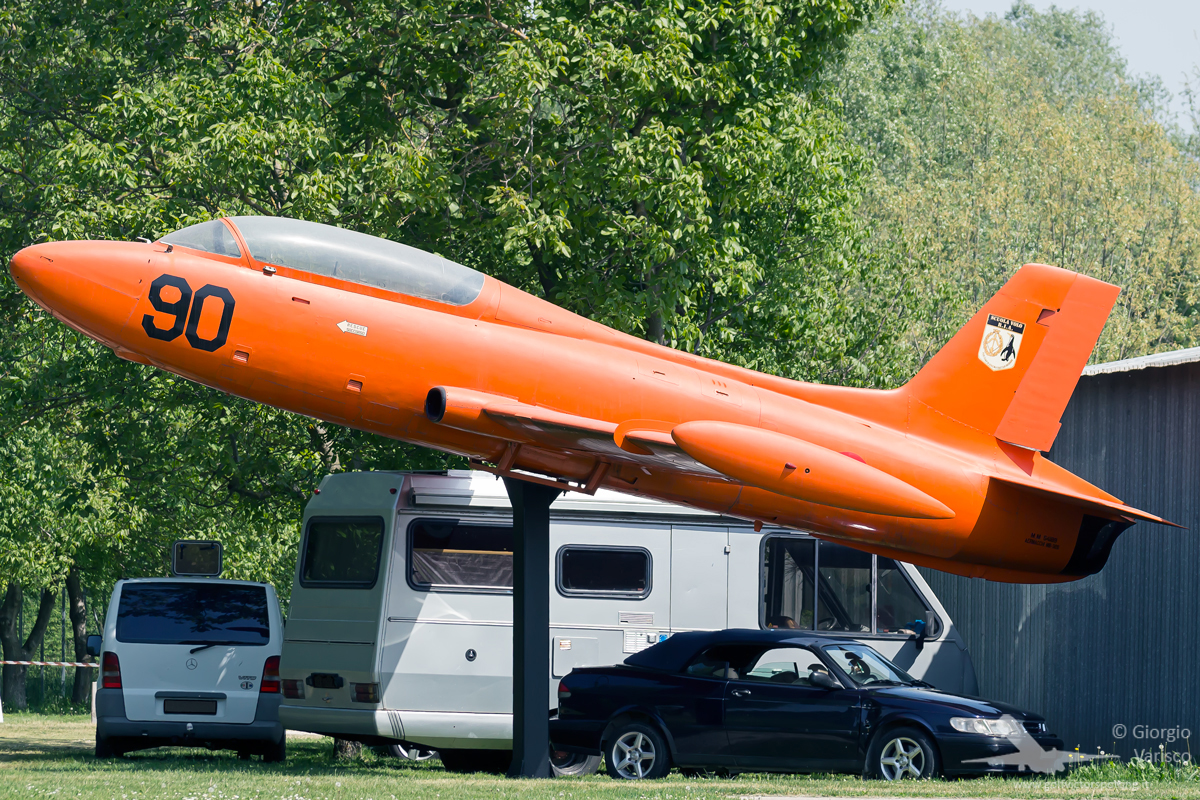